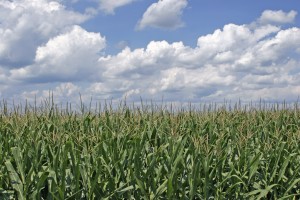 Is it fair to say to that the United States of America is in a slump? By slump, I mean the lack of progress our country has experienced after all of the clean energy debates and legislation in the past year. The EPA has delayed a move to E 15 in non-flex fuel vehicles twice, we have witnessed the worst oil spill ever and our development of futuristic biofuels is not any closer to commercial production.

Monday, the American Coalition for Ethanol, National Corn Growers Association and the Renewable Fuels Association sent a letter urging, Lisa Jackson of the EPA to approve a temporary move to E 12 in non-flex fuel vehicles while they continue to study the effects, or lack of effects E 15 has on vehicles. This makes sense on so many levels as it would benefit the U.S. economy and environment, but I don’t recommend holding one’s breathe.

A move to E 12 would increase domestic ethanol production pushing the industry past the “blend wall” and would stimulate rural economies through job growth and the purchase of additional bushels of corn. The additional production and use of American ethanol moves us closer to a clean-energy economy and further lessens our dependence on foreign oil.

Most importantly, America’s ethanol industry and farmers are more than capable to move our country well past the E 10 wall with bountiful crops due to increasing yields. Farmer’s are continuing to produce more with less providing plenty of corn to meet the demands for food, feed, fiber and fuel.