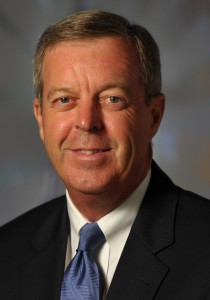 John Phipps, the host of U.S. Farm Report brings his humor and farm commentary to Sioux Falls on Saturday, January 19th for the 27th annual meeting of the South Dakota Corn Growers Association “Backyard BBQ”. Phipps will emcee during the educational seminars and also give a presentation titled, “Agriculture: Prepare for Swan Flew Season.” The term “Black Swan,” refers to a buzzword for highly improbable, hugely consequential events such as 9/11, the Lehman Brothers collapse and even the last few years in agriculture. Phipps will also spend time outlining which risks are worth worrying about and why.

Phipps, a military veteran, actively farms with his family in east-central Illinois. He has served in various positions with the Farm Bureau, Illinois Commission on Atomic Energy, Illinois Corn Marketing Board, and National Corn Congress.

John appears monthly in Farm Journal and Top Producer magazines as a contributing editor. In conjunction with writing, John speaks often to farm and business groups.

For additional insight from Mr. Phipps, you can visit his blog at: http://johnwphipps.blogspot.com

This year’s annual meeting will take place on Saturday, January 19th at the Sioux Falls Convention Center. We do ask that you please pre-register, which can be done online or by calling the office at 605-334-0100. We hope to see you at our Backyard BBQ!