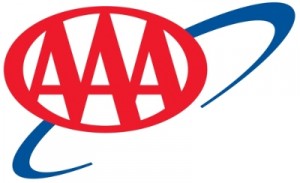 The American Petroleum Institute (aka BIG OIL) kicked off its new anti-ethanol campaign last week (which can be seen on TV ads in South Dakota), where it mentions a warming from AAA about the new ethanol blend E15. AAA South Dakota has since come out with a statement saying, “The 30-second commercials mention AAA, misrepresenting our position on E-15.” But do they? History says otherwise.

If you go to AAA’s national website and search for E15, this is what pops up, “AAA CEO Urges Suspension of E15 Gasoline Sales in Testimony to Congress.”

Oh, and here the next article on the list, “Suspend the sale of E15,” provoking false fear with no science, using words like “could” and “may” over and over.

Then AAA takes a stab at consumers’ ability to read in another article saying, “New E15 Gasoline May Damage Vehicles and Cause Consumer Confusion.”

So what is AAA’s true position on E15? Is API misrepresenting AAA’s stance?

It’s great that you tell consumers that you support renewable fuels in a state that’s the 5th largest ethanol producer like South Dakota, but it’s suspect to do so with so much opposition to the new renewable fuel blend on a national scene.