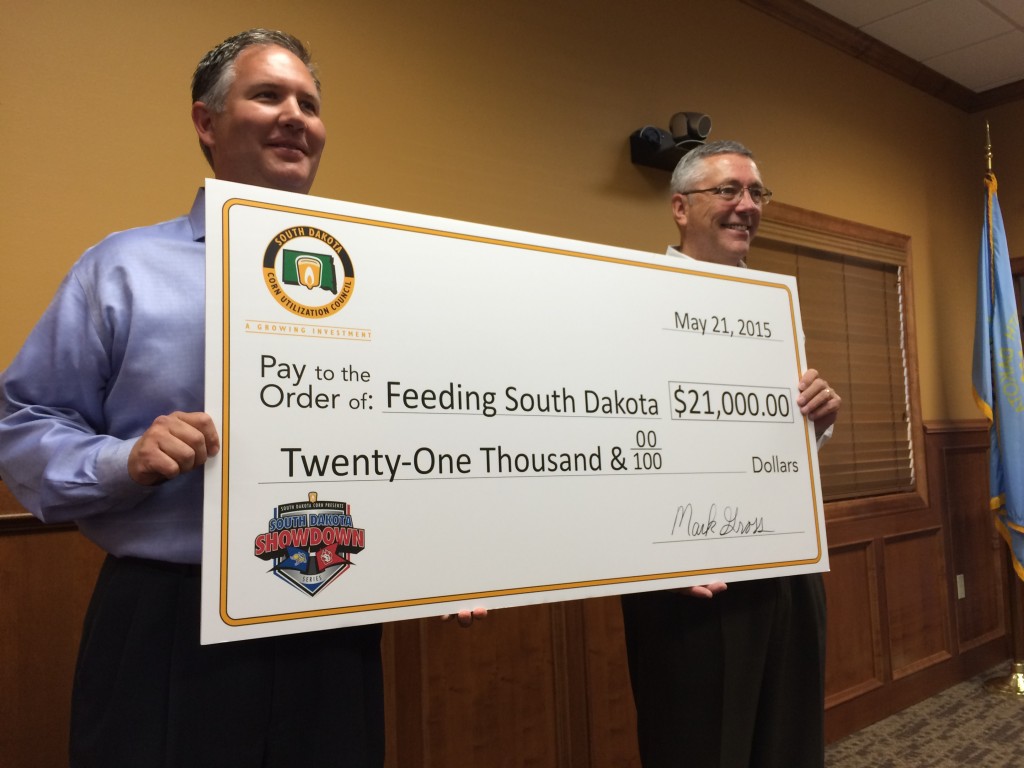 Feeding South Dakota has been a crucial component of the Showdown Series since day one. At each head-to-head matchup between the two rivals, fans were able to make monetary donations to fight hunger at each concession stand. South Dakota Corn then matched those generous donations bringing the year’s total to $21,000, which will provide more than 100,000 meals to those in need throughout the state!

“Although the universities are rivals on the field, they’re partners when it comes to fighting hunger through their commitment to Feeding South Dakota. That’s something we can all be proud of regardless of whether your shirt is red or blue,” said South Dakota Corn Utilization Council President Reno Brueggeman.

“We continue to be blessed by our partnership with the South Dakota Showdown Series and South Dakota Corn. The support of these two great universities, their administrations, alumni, fans and student athletes is so amazing,” said Matt Gassen, Executive Director of Feeding South Dakota. “It is so rare that in the midst of athletic competition there are so many caring people who are willing to provide assistance to those who are facing life’s greatest challenges.”