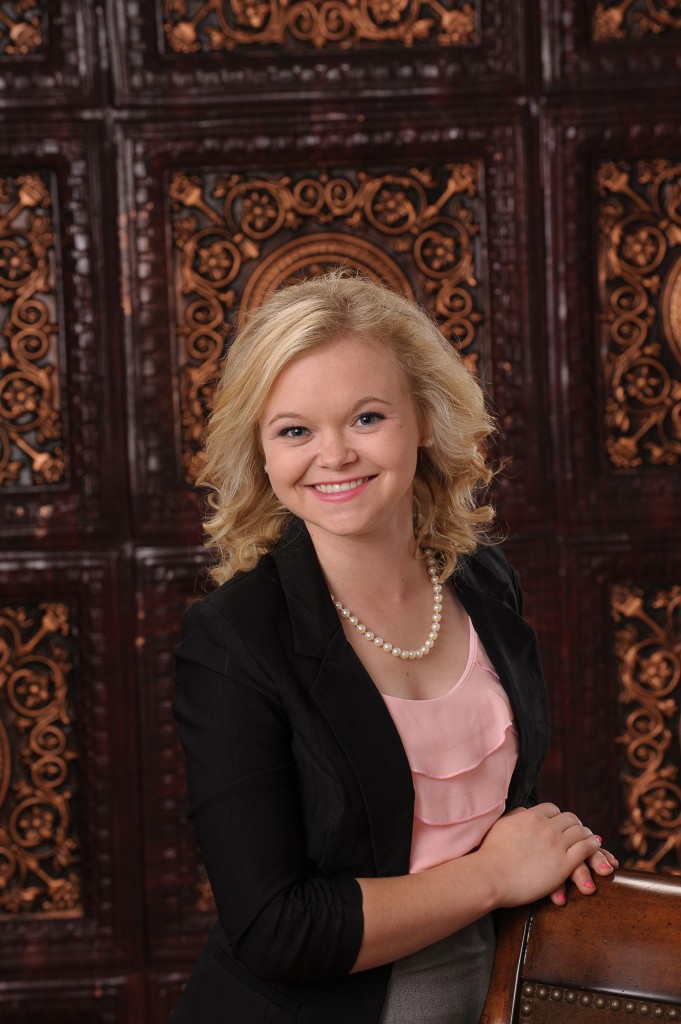 Leddy, a young leader in her community, represented the Milbank FFA Chapter and the state of South Dakota in the 87th National FFA Convention in Louisville, Kentucky. She competed in the Prepared Public Speaking CDE (Career Development Event) Contest presenting a 6-8 minute speech on an agricultural topic and went on to earn the national Prepared Public Speaking title. Below is her award winning speech.

One. Two. Three. Four. In 4 quick seconds, most of us are accustomed to using technology to send a text to a friend or to check our Facebook page, but because of limitations being put on technology in agriculture, 4 seconds can mean death for people suffering from hunger and starvation. That is right, every 4 seconds someone in the world dies of hunger-related causes, according to the United Nations. In other words, more than 21,000 people on our planet will die today – and every day – from a lack of food.

For you and me, this is a difficult statistic to comprehend, especially when those of us in America have grocery stores with aisles upon aisles of food and kitchen pantries stocked to feed our families for a month. However, for millions of people in the United States and around the globe, hunger and starvation are very real. Each year, hunger kills more people worldwide than AIDS, malaria, and tuberculosis combined; it kills more people than all forms of cancer combined. Moreover, hunger is not just a problem in Third World countries. In Boston, 1 in 8 school-aged children will get their only decent meal at school. In Kansas City, it is 1 in 5; in San Diego, 1 in 4.

Add to this, the fact that our world population is growing. Perhaps you have heard the buzz “Feed the Nine,” which refers to feeding the 9 billion people who will make up our global population by the year 2050. Given this rate of growth, over the next 37 years, the world will need to feed an additional 2 billion people. Clearly, the world is facing an ever-increasing need for safe, nutritious, affordable food.

How can we solve this food challenge?

Given these crop production increases, our global food supply problem should be solved, right? Unfortunately, the solution is not that easy. Another hurdle is holding agriculture back: It is the ongoing opposition to GMO biotechnology. Even though genetically modified crops have been grown in the United States for nearly 20 years, have been deemed safe through extensive research by the federal government, and have been shown to have zero adverse effects on public health, many people are still opposed to GMO crops being used to help produce more food for our growing world.

One anti-GMO example by activists occurred last summer when a Golden Rice trial was vandalized in the Philippines. Golden Rice is genetically modified to include beta-carotene, which the human body converts into Vitamin A. In the Philippines alone, health researchers estimate as many as 1.7 million children suffer from Vitamin A deficiency resulting in blindness and greater vulnerability to disease. Just one cup of Golden Rice would provide half of an adult’s daily requirement for Vitamin A. However, the vandals who destroyed this crop in the Philippines did so just before the trial was submitted for inspection – meaning the researchers were not able to collect new information, setting back the efforts to address hunger in our world.

What if someone were to destroy a cancer research lab? Would society tolerate such actions? We are looking to technology and science to cure diseases such as cancer and Alzheimer’s. Meanwhile, hunger affects far greater numbers of people. Why then are people not willing to accept the advances in biotechnology for solutions to feeding the world?

Today, technology is an important part of all aspects of society, and the reality is that about 70% of the products found on grocery store shelves contain a genetically modified ingredient. How could we feed an ever-growing population if we eliminate 70% of the food supply?

Even in my rural state of South Dakota, misconceptions about agriculture exist among consumers. Last fall, I saw flyers in a Sioux Falls, South Dakota grocery store promoting an event called “March Against Monsanto,” which is a nationwide campaign to stop GMOs worldwide. Do they realize what banning agriculture’s use of technology would do to our global food supply?

This is where you and I can become part of the grassroots solution in feeding the world. We must continually advocate for biotechnology in agriculture. We must help consumers who do not have a connection with farmers and ranchers understand that technology and science are helping produce safe, nutritious, and abundant food. We must help consumers realize that biased social media campaigns, such as The Scarecrow YouTube video by Chipotle last year portraying American farmers as an unethical “food factory,” are completely unrealistic. It is not feasible to grow all food organically or without the help of biotechnology and still feed our world.

In 1970, Norman Borlaug was awarded the Nobel Peace Prize. Borlaug was a plant scientist who introduced high-yielding plant varieties and modern agricultural production techniques to Mexico, Pakistan, and India, countries that have all faced widespread hunger. The increases in crop yield during that time have been labeled the “Green Revolution,” and Borlaug is often credited with saving over a billion people worldwide from starvation.

Today, his granddaughter, Julie Borlaug, continues to share his message. In October 2013, she wrote, “Advocates of biotechnology desperately need to do a better job of explaining to the public why biotechnology is so important to humanity’s future and why the opposition to it cannot be permitted to deprive billions of people of its promise”.

If American farmers and ranchers are to lead the charge to feed our world, we need to help the public understand that the fight over food needs to stop. My hope for the future is that we can change today’s grim starvation statistics, and that counting to four does not signal another person’s death from hunger. Food security is solvable and biotechnology is the key ingredient.

One thought on “Corn Comments – Biotechnology: The Key Ingredient”