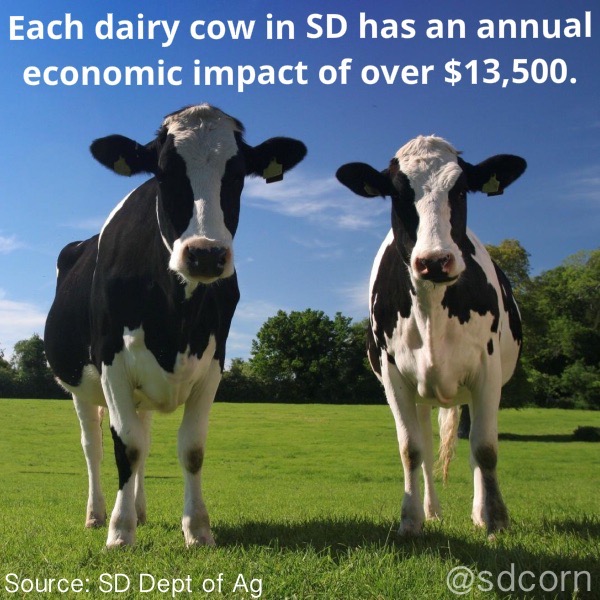 Does your day include a glass of milk, slice of cheese or scoop of yogurt? Or how about the occasional ice cream cone? Those nutritious and tasty treats are made possible by the 350 hard-working family dairies who care for the 94,000 milk cows across South Dakota that produce roughly 650,000 gallons of milk each day.

During the month of June, we urge South Dakotans to celebrate this growing and vibrant industry, and the benefits it brings to our communities.

Dairy supplies Americans with 70% of their calcium needs and only contributes to 2% of the total U.S. greenhouse gas emissions. Also, their carbon footprint has declined drastically by 60%. Technology continues to make dairymen and women more efficient.

Dairy is value added agriculture as cattle consume seven million bushels of South Dakota corn along with other forages. One forage that is becoming popular is ethanol’s co-product distillers grain as it has shown to reduce methane output and increase milk production.

Another part of value added agriculture is the processing of the milk. South Dakota has nine cheese factories that produce more than 232 million pounds of cheese each year.

If you’re interested in learning more about the dairy industry in South Dakota, you can see one in action by attending an open house being put on by Ag United this summer.