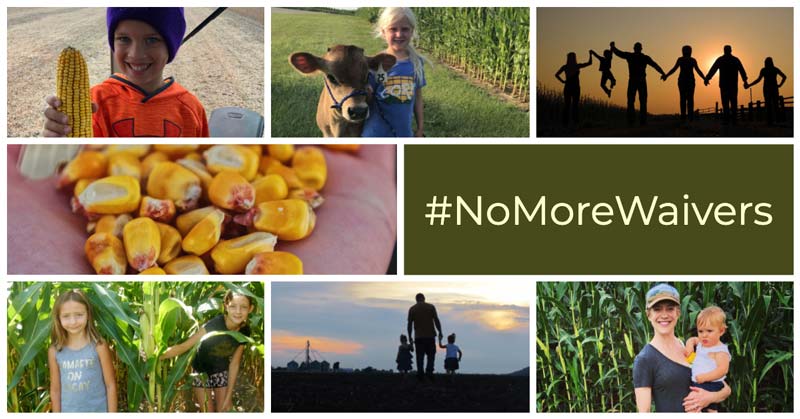 The Environmental Protection Agency (EPA) is considering 39 pending petitions for small-refinery waivers that would release those refiners from complying with the Renewable Fuel Standard for 2018.

The EPA previously approved 53 small refinery waivers from 2016 and 2017. These waivers have a direct impact on rural America and corn farmers. With an already tough economic environment, more waiver abuse will continue to chip away at farmers’ bottom line by destroying demand for corn.

The waivers are drawing the ire of the ethanol industry. In late April, the Advanced Biofuels Association filed a motion for a preliminary injunction to prevent EPA Administrator Andrew Wheeler from granting any additional exemptions until the resolution of its pending lawsuit against the EPA.

Under the Renewable Fuel Standard (RFS) and in coordination with the Energy Department, the EPA can grant waivers exempting small refiners that demonstrate economic hardship from meeting biofuel-blending targets. Refiners can also meet the yearly biofuel mandates by buying renewable fuel credits.

While the EPA considers this round of waiver requests, the National Corn Growers Association (NCGA) put together 39 facts and reasons that the agency shouldn’t grant the waivers.