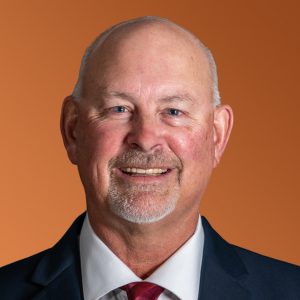 Mike started farming in 1985 with his dad and his brother Monty. They’ve since added Mike’s son Tregg and Monty’s sons Casey and Corey to the operation. Mike said he chose farming as an occupation because that’s what he grew up with and what he loves doing.

A graduate of Gettysburg High School, he has a bachelor’s degree in agricultural business from South Dakota State University.

Cronin said the most important issue facing today’s corn farmers is figuring out economic rotations to provide diversity in the soil for soil health.

When he’s not busy, he likes to spend time with his family and traveling. He and his wife, Jamie, have four adult children: Tregg, Kirsten, Alyssa and Hallee.