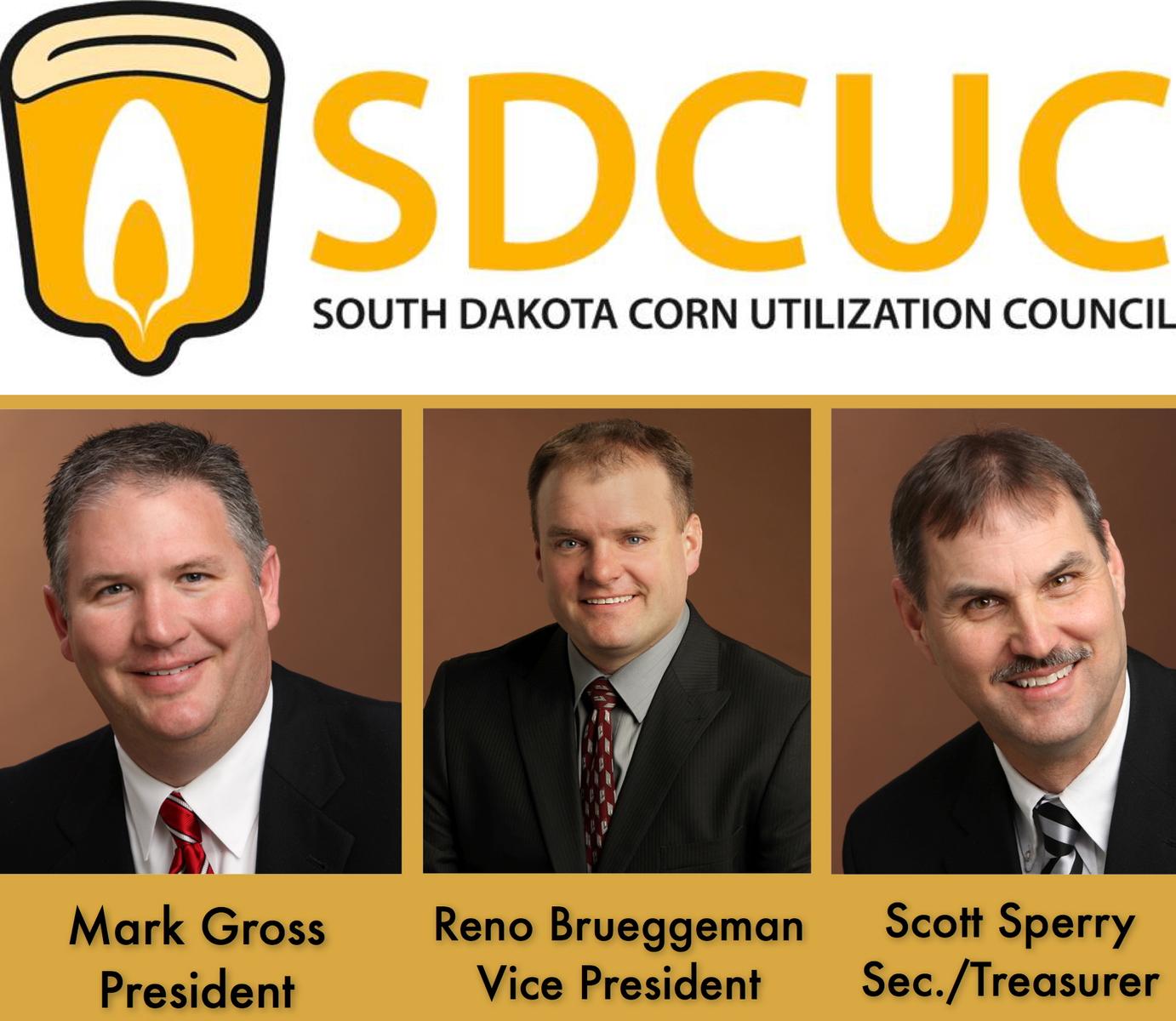 The South Dakota Corn Utilization Council (SDCUC) has elected fourth-generation farmer Mark Gross of Bridgewater as president.
The board of directors also elected Reno Brueggeman of Miller as vice president and Scott Sperry of Bath as secretary/treasurer.
Gross, a fourth-generation farmer in Hutchinson County, has served on the Corn Utilization Council’s board of directors since 2009. He is also past president of the South Dakota Corn Growers Association.
Gross is vice-chairman of the South Dakota Value-Added Finance Authority Board, past president of the Bridgewater Farmers Union Co-op, and a township clerk. He is a seed adviser for Golden Harvest Seeds and the owner of the Seed Mill in Bridgewater. He raises corn, soybeans, wheat and hay, and has a cow-calf beef operation.
Brueggeman joined the SDCUC board of directors in 2013, representing District 7, which consists of Aurora, Beadle, Buffalo, Hyde, Hand, Jerauld and Sanborn counties. He has a degree in marketing/management/sales from Lake Area Tech in Watertown.
Brueggeman and his brother are involved in a fourth-generation, diversified farming operation that consists of corn, soybeans and wheat. They also own and operate Brueggeman Crop Services, a crop insurance agency.
Sperry raises corn and soybeans on his farm near Bath and has a hog-finishing operation. He served as a South Dakota Corn Growers Association director from 1999 to 2008. He also has been a township clerk and a South Dakota Wheat Growers delegate, and served on a crop improvement association board and a soil conservation district board.
Sperry is a member of Glacial Lakes Energy, Northern Growers LLC, the Golden Growers Cooperative, and Heartland Grain Fuels.
The SDCUC is responsible for the collection and administration of a one-cent-per-bushel corn check-off program. Money raised through that program funds promotion, education, research and development of new uses and markets for corn and corn byproducts that benefit South Dakota economically and environmentally.