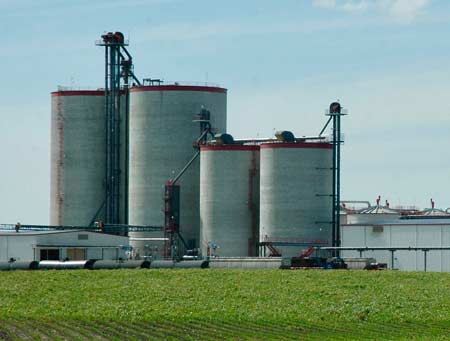 South Dakota fuel stations sold more than half a billion gallons of ethanol during the past 10 years. Annual sales topped 54 million each of the past seven years, totaling nearly 529.7 million gallons over a 10-year period.

Ethanol sales are recorded by the South Dakota Department of Revenue’s Division of Motor Vehicles. The state doesn’t break down ethanol sales by the various blends, such as E10, E15, E30 and E85.

Keith Alverson, a Chester farmer and former chairman of the National Corn Growers Association’s Ethanol Committee, said the ethanol industry’s impact on the state has been huge.

“Just the market that ethanol has provided for us as corn farmers has created a lot of opportunities in the state. It’s really the market driver, adding value in the state rather than sending our corn out of state,” Alverson said. “The ethanol industry has allowed the next generation of farmers to return to the farm.”

Alverson said he remembers his dad, Ron, a South Dakota ethanol pioneer, talking about improving the basis by a dime and what an economic driver that would be. “We’ve seen that come back in multiples, along with profitability of plants. It’s really been great.”

The ethanol industry is hopeful the Environmental Protection Agency will give final approval to year-round E15 sales in time for a June 1 start. Alverson said year-round E15 sales would remove a barrier, provide an immediate market benefit and be a great step toward using more of the ethanol we have in the market.

South Dakota has 16 ethanol plants that can produce more than one billion gallons of ethanol annually. The newest plant, Ringneck Energy at Onida, began buying corn in February.

This chart shows gallons of fuel-grade ethanol sold and taxed in South Dakota over the past 10 years. Sales of ethanol exported out of state are not included.

Reaching People in All the Right Places

Where do urban and rural South Dakotans of all ages gather (besides church)? Sporting events! There’s nothing that brings folks together like high school, ...

The Environmental Protection Agency (EPA) is considering 39 pending petitions for small-refinery waivers that would release those refiners from complying ...