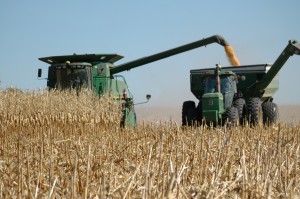 National Ag Week is great opportunity for agriculture, South Dakota’s number one industry to tell its story. The story of hard work and ingenuity filled with both successes and struggles. Farming has never been easy, but with the continued advancements in seed, equipment technology and farming practices the future looks brighter than ever.

With the average consumer being two, three or even four generations removed from the farm, it’s no wonder why it can be difficult for them to understand the tremendous impact agriculture has on our great state.

Think of it this way, agriculture generates 20% of our state’s economic activity with a total impact of $21 billion annually. One out of every five dollars spent was involved with agriculture.

Have you ever wondered why the economic recession wasn’t nearly as hard on South Dakota as it was on other states? Agriculture’s improving commodity markets, efficiency, production and demand have a lot to do with it. Agriculture is also a huge job creator employing more than 80,000 South Dakotans, around 10% of the state’s total population.

Part of that workforce includes our state’s 46,000 family farmers who each raise enough food to feed 155 people each year! That’s incredible when you consider that just 20 years ago, each farmer only fed 85 people on average.

Whether it’s boosting our economy or nourishing our bodies, South Dakotan’s have agriculture to thank.

Celebrate National Ag Week with South Dakota Corn’s, “THANKS South Dakota FARMERS” promotion as we will be giving away FREE Fresh Frozen ...

Conference will focus on precision agriculture

A John Deere agronomist, a Pioneer Hi-Bred agronomy research manager and the founder of U.S. Commodities will be keynote speakers at the 2012 Precision Ag ...