All-American wrestler will head back to the family farm 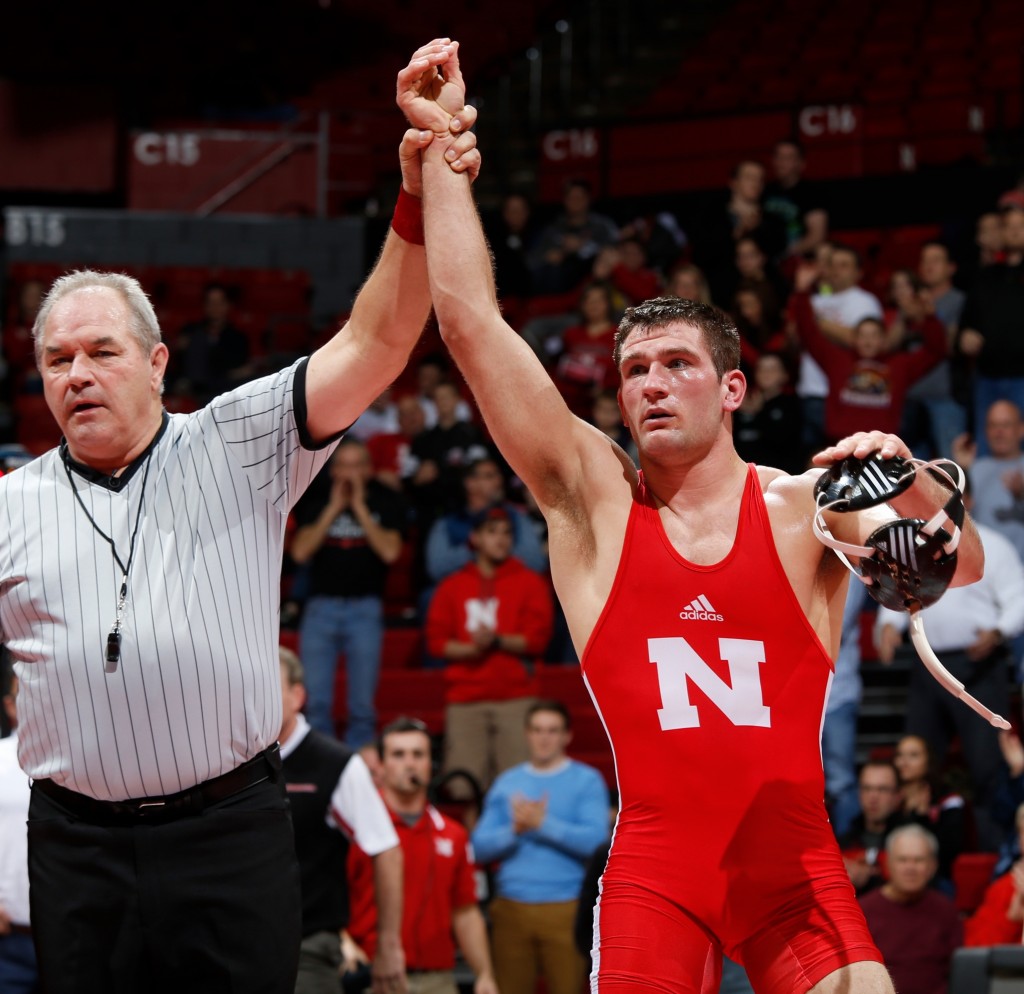 This article was featured the most recent edition of EMERGE, our quarterly magazine and was authored by our senior writer, Randy Hascall. Click here to read each and every copy of EMERGE digitally.

Wrestling and farming are two of Kokesh’s strongest passions and they have more in common than most people might realize.

The three-time NCAA All-American wrestler at the University of Nebraska says his South Dakota rural roots played a major role in his athletic success. Growing up on the family farm north of Wagner, he developed a strong work ethic, toughness and a hard-nosed attitude. He learned how to face and conquer challenges. All of those attributes are important to success, on the wrestling mat as well as on the farm.

Now, with his college diploma in hand, the 23-year-old expects his experiences and successes in athletics and academics to pay off as he puts his competitive wrestling career behind and pursues his lifelong dream to farm. Instead of throwing around 174-pound opponents, he’ll be working with 500-pound calves.

“This is what I want to do. I’ve always felt that way,” Kokesh said. “The only other thing I maybe wanted to do was coach. And I may go back and help out (at the local high school).”

Kokesh will get his chance to return to the family farm and so will many other young South Dakotans. Census of Agriculture statistics show a rise in the number of young farmers. That’s seen as a positive trend in a state where the average farmer is more than 55 years old.

Although specific reasons may vary, the young farm generation shares a common love of the lifestyle.

Kokesh said farming is an opportunity to be his own boss and do a different job every day, whether it’s working with cattle, putting in fence, planting, harvesting, or something else.

Like many South Dakota farm boys, Kokesh decided to continue his education before focusing full-time on farming. His journey took him to Nebraska, where he earned a bachelor’s degree in agronomy and graduated in August. He’s now doing an internship with a seed laboratory in Lincoln, Neb., and then plans to return to the family farm after he completes that.

Kokesh originally considered studying diesel mechanics at Mitchell Technical Institute, but his outstanding success as a high school wrestler caught the attention of Nebraska coach Mark Manning, who is a Vermillion native. Kokesh, a three-time South Dakota Class B state champion liked what Nebraska had to offer, so after graduating from a high school with 200 students he packed his bags and moved to a college campus with 25,000 in a city with 260,000 people.

Manning, who was also a South Dakota state champion wrestler, said Kokesh had all the tools to make a smooth transition. The coach attributes much of his success to his character.

“He, obviously, has a tremendous work ethic,” Manning said. “He was raised the right way. His parents did a great job. It all starts with what’s inside a young man. He has great character and a great heart. He’s respectful, listens well and puts in 100 percent. Some people say it but they don’t do it. He’s a doer, he’s a giver of himself.”

Manning has coached athletes from big cities and rural communities, from the Midwest and from the East Coast. He’s learned that farm kids have one thing in common: they have a strong work ethic.

When Manning recruits, he said he looks for students who not only are gifted athletically but also are good citizens who do well in the classroom and want to help others.

“You give back, you help other people. That’s natural for Robert,” he said. “He’s a tremendous person. His community is proud of him.”

Robert is the youngest of four children raised by Doug and Kathy Kokesh. The others are Richard and twin sisters Kimberly and Krista. They are the third generation of the family to live on this farm. Doug’s grandfathers also farmed, but not here.

Setting a course on the farm

The Kokeshes grow corn, oats, wheat, soybeans, alfalfa and hay on 800 acres of cropland. But they specialize in cattle, particularly a cross of Hereford-Angus cattle bred to Piedmontese.

They have 300 stock cows. Cows and calves are all-natural and are given no antibiotics, steps that require signed affidavits, hair samples, precise record keeping and other things. Demand for the breed – and for drug-free animals – has been strong, with a Nebraska cattle company purchasing the calves.

Doug Kokesh has been farming long enough that he’s seen the ups and downs, the volatility that is part of the business. It’s not easy for a farm family to expand its operation because land prices have risen dramatically in recent years, with some land in the area selling for $5,000 an acre.

Rent prices have followed suit and as a result Doug gave up 500 to 600 acres of rented land because he wasn’t willing to play $200 cash rent per acre. Larger farmers might be able to pay that amount because they work on volume, but Doug said he’s “very conservative” after struggling through difficult financial times years ago.

“You don’t have to farm big, you have to farm efficiently,” he said. “You need to be diversified and efficient in what you can handle.”

It’s something he has preached to his sons. Richard helps out on the family farm and also works with neighbors who farm. In the near future, Robert will make his return. Doug said there will be challenges on the farm, but the family can also do custom work.

“It won’t be easy for them,” he said. “It’s a business. You need to market things right.”

Doug said he’s “old school,” but made a lot of changes from the way his dad farmed. He hopes his sons will make changes, too, and succeed in their farming careers.

Robert experienced plenty of success in his college career, but also had to overcome some disappointments along the way. He placed third in the NCAA national wrestling tournament as a sophomore and fourth as a junior despite tearing an ACL during the tournament.

One of the toughest moments of his career came at the national tournament his senior year. Determined to become national champion, he was undefeated and ranked No. 1 going into the tournament, but his goal slipped away when he lost a heartbreaker in the semifinals.

“To get over that, to realize I wasn’t going to win a championship, that was one of the hardest things,” he said. “But you have to accept it and go on.”

Kokesh bounced back from that loss to win four consecutive matches in the consolation bracket and place third in the nation, including a win over his lifelong wrestling rival, friend and fellow South Dakotan Logan Storley of Webster, who wrestled collegiately for the University of Minnesota. After compiling a 39-1 senior record, Kokesh has the second-most wins in University of Nebraska history.

He has also had the privilege of being a training partner for Jordan Burroughs, a current Husker assistant coach who is a three-time world champion and widely considered the greatest wrestler in the world at any weight. The two wrestled each other many times and when put on the spot, the humble Kokesh acknowledged he did beat Burroughs “a few times.” They’ll continue to be workout partners during Kokesh’s internship.

“Working with him is an awesome experience. He has a tremendous work ethic and he’s a great sparring partner,” Kokesh said. “He’s very quick and very humble.”

Kokesh will miss his wrestling buddies. Six or seven of them got to see his farm, accompanying him home during breaks or weekends. There was usually plenty of work waiting for them. One time, they put in fence, which involved tamping dirt around fence posts made from rural electric poles.

City boys get taste of farm

To the wrestlers who grew up in big cities, the farm visits were unlike anything they’d ever done.

“It was an eye opener coming from Pittsburgh, and working cattle,” said Doug, who also was a South Dakota high school state champion wrestler.

Although the NU wrestlers worked hard on the farm, they also found time to take advantage of the prime hunting that the Wagner area has to offer.

Robert Kokesh’s accomplishments weren’t limited to athletics. He was also selected to the National All-Academic team and received the Tom Osborne Citizenship Award, named after the university’s hall of fame coach.

For 2½ years, Kokesh mentored an elementary student on a weekly basis through Osborne’s Teammates program, which provides support and encouragement to school-aged youths.

“It was pretty cool,” Kokesh said. “It was a great experience for me and I hope it was for him.”

Kokesh said his college experiences gave him a taste of what life is like outside the farm.

“Coach taught me a lot of life lessons,” he said. “A lot of things in life aren’t going to be easy. You have to push throughout.”

He also learned a lot about time management, juggling classes, practices, travel, homework, makeup exams and some semblance of a social life.

His college experiences were exceptional, but it will soon be time to get back to the farm. That’s where his heart is. 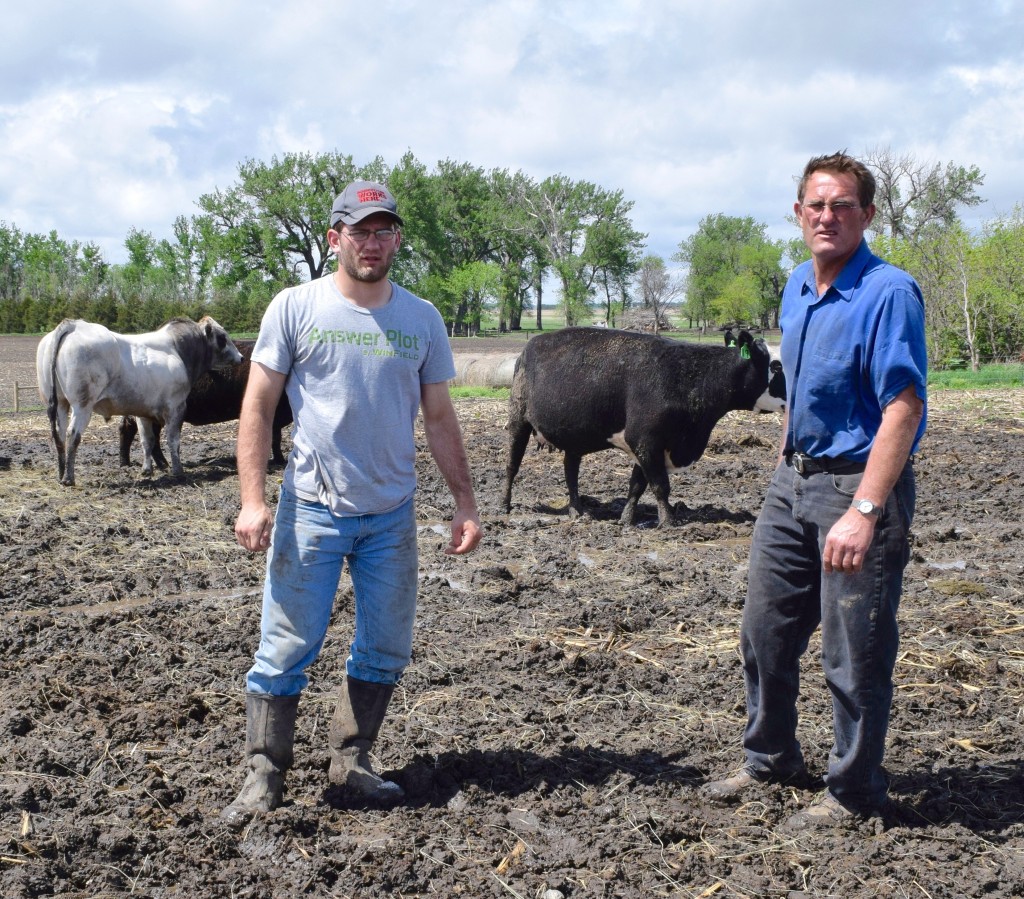 This Is Farming Showcases Sustainability Efforts

Just as the state’s farmers work to harvest their crops this fall, South Dakota Corn is rolling out a new season of This Is Farming to display those ...