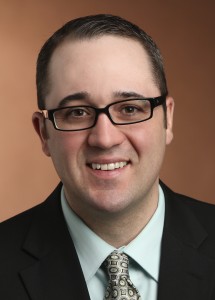 The text below is SDCGA president Keith Alverson’s full testimony from an EPA field hearing on the Renewable Fuel Standard that took place on June 25th in Kansas City.

My name is Keith Alverson and I’m a family farmer from Chester, SD. I am president of the South Dakota Corn Growers Association and on behalf our 1,500 members I thank you for the opportunity to address the proposed changes to the Renewable Fuel Standard volumes.

I’ve experienced the revitalization that the RFS and ethanol have created in small towns like mine. My local ethanol plant opened a year before I graduated from college and helped provide the opportunity for me to return home making me the 6th generation on our family farm. That plant has created many value-added opportunities and jobs.

According to a 2012 study by South Dakota State University, the ethanol industry in South Dakota alone has an annual economic impact of $3.8 billion and directly employs 1,900 people who earn an average wage of $60,000.

My wife and I have witnessed a wave of sons and daughters returning to family farms and rural businesses, which was not taking place prior to the RFS. I only hope this this progress can continue to allow my children to proudly be the 7th generation.

The increased use of ethanol has also drastically reduced carbon emissions because our carbon score keeps improving. Farmers are growing higher-yields with fewer inputs and less tillage, reducing our impact on the environment and sequestering carbon in our soils. I’m proud to say we’ve always strived to be good stewards on our farm, using a form of no-till for over 30 years and adopting precision technologies to place specific amounts of fertilizer and seed where and when it is most efficient.

After the RFS was enacted in 2007, EPA and Argonne National Labs life cycle assessments showed corn ethanol to be equivalent to gasoline in carbon emissions. Since that time, using updated science, productivity gains and real world data on land use change, Argonne has updated corn ethanol’s life cycle GHGs several times, most recently indicating that corn ethanol is 40% below gasoline. At the same time, petroleum fuel GHGs are increasing due to an energy intensive extraction and refining processes. Updates to EPA’s modeling recognizing improvements in farming and at the ethanol plants are imperative to accurately show the environmental differences between energies.

We have the ability to approach a 60% reduction in carbon emissions in some regions because of our climate, increased yields, tillage reductions and fertilizer efficiency.

Recently administrator McCarthy was quoted as saying “climate change is the greatest challenge of our time” and that the “time for action is now”. I wholeheartedly agree with her sentiment but then don’t understand why the EPA has “hit the brakes” on the most successful program we’ve seen to reduce carbon emissions in the U.S.

Corn farmers and ethanol producers have worked hard to uphold our role in the RFS and the environment — constantly and consistently improving.

Therefore we respectfully urge the EPA to return the volume obligations and methodology set forth by law under the RFS.

SIOUX FALLS – The South Dakota Corn Growers Association (SDCGA) is optimistic that a rail reform bill will become law and improve procedures for ...

The South Dakota Corn Growers Association (SDCGA) commended the U.S. Senate for today’s approval of a bill that would expand the president’s ...