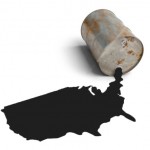 As controversy continues to swirl in the Middle East, oil prices continue to soar. High oil prices affect nearly all American motorists in a negative way and the time has come for additional domestic alternatives. Biodiesel, ethanol, electric, hydrogen, natural gas and advanced biofuels are all part of the current and future plan but further actions are needed now to free ourselves from our countries continued reliance on imported oil.

Currently ethanol is the only readily available alternative to gasoline. There are a number of ongoing efforts to increase domestic ethanol usage including additional blender pumps, more flex fuel vehicles and the EPA approving E15 for vehicles 2001 and newer. But the national debt and misinformation from “big oil” have led congress down the same old beaten path of relying on foreign countries for our energy.

“Acknowledging that we have an addition to foreign oil is nothing new, but until we take the appropriate actions to become energy independent, America will continue to be held captive to OPEC’s oil prices,” said Gary Duffy, president of the South Dakota Corn Growers Association. “Folks need to get behind domestic, renewable sources of energy like ethanol as it is not only a cleaner burning alternative, but it also supports thousands of jobs and benefits rural economies.”

Currently ethanol fulfills around 10% of our countries fuel supply which reduced our dependence on foreign oil by 445 million barrels in 2010 while using only 3% of the worlds grain supply. It’s widely known that grain-based ethanol is not the complete long-term answer to achieve energy independence but it is continuing to pave the road by creating a market for cellulosic ethanol and other advanced biofuels that will continue to lessen our demand for oil.

“Right now we have a 90% gasoline mandate,” added Duffy. “Limiting our use of ethanol to consumers will only hinder the development of advanced biofuels in the long term.”

Governor Dennis Daugaard signed South Dakota House Bill 1216 “An Act to prohibit certain contract restrictions on the use of ethanol blender pumps by ...

Thousands of farmers from across the country including 12 from South Dakota Corn will be meeting in Tampa Bay, Florida as Commodity Classic 2011 kicks ...