American Ethanol kicks off at Daytona

All 43 cars at this weekend’s Daytona 500 will be running on E15, a blend of 15% corn ethanol and 85% gasoline, giving them additional horse power and leaving behind fewer emissions. With Daytona being the first race of the season, and arguably the biggest race of the year, it sets the stage for the rest of the NASCAR series.

With NASCAR using E15, American Ethanol has been created to educate consumers about the value of corn ethanol for our nation’s economy and energy security. This partnership will provide an opportunity to promote America’s ability to lead in helping feed and fuel the world in a sustainable manner.

Ethanol is a great American success story and through NASCAR 75 million US consumers will learn more about what ethanol has to offer by watching a race this year either in person, on TV or both. NASCAR fans total 24% of the entire U.S. population and it all starts with Daytona.

“NASCAR and American Ethanol are ideal partners,” said NASCAR Chairman and CEO Brian France. “NASCAR is a great American sport in its third generation of family ownership, and ethanol is produced from the harvest of family-owned farms across our country’s heartland.”

“The American corn farmer’s productivity goes unmatched throughout the world which allows us to meet food and feed demands while producing a clean-burning, domestic fuel that’s reducing our dependence on foreign oil,” said David Fremark, South Dakota Corn Utilization (SDCUC) President and farmer from St. Lawrence, SD. “American racing fueled by American corn ethanol is a great partnership that will help educate all Americans about the value corn ethanol has on our nation’s economy, energy security and environment.”

To watch the Daytona 500, tune into FOX this Sunday at 12 noon central time. 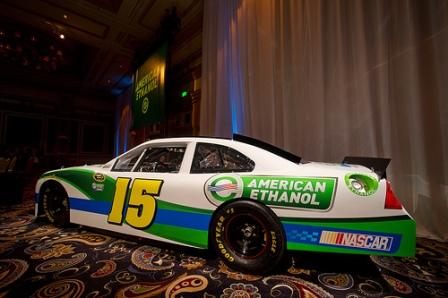 In an attempt to reduce the federal budget, the United States House of Representatives voted to block the implementation funding of E15 to the marketplace ...