Editor’s note: There’s an outstanding lineup of speakers on tap for the South Dakota Corn Growers Association’s 33rd annual meeting, which will be held Jan. 19, 2019. In our online Emerge newsletter, we will profile one speaker each month. First up is Eric Snodgrass. 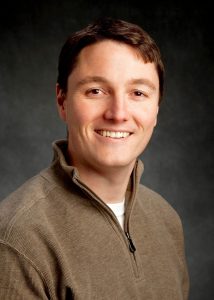 “They were pretty well blindsided by the drought that developed in 2012. I was telling them we had signs of this going back to March,” he said. “It wasn’t as though it had blindsided us. I decided I could do a better job of conveying weather than what they were getting.”

Snodgrass, an atmospheric scientist at the University of Illinois at Urbana-Champaign, will be a featured speaker during the 2019 South Dakota Corn Growers Annual Meeting Jan. 19 in Sioux Falls, and his presentation will be centered on South Dakota agriculture. He refers to South Dakota and North Dakota as “the frontier of the Corn Belt.” Corn and soybean acres have increased enormously.

“How do we use those two things together to minimize $10,000 mistakes? Precision ag without great weather information is missing a pretty substantial component,” he said. “We’re getting better and better tools we can apply to be more predictive. And we have a much, much better archive of historical weather events, so we can now draw conclusions and a correlation between historical and current weather events. The amount of information we collect today is enormous.”

Those tools help develop predictive analytics. A farmer doesn’t want to do an application if it’s going to rain three inches over the next five days or spend money on diesel fuel if the weather isn’t going to cooperate.

“Every day there’s something new. There’s always something to figure out,” he said. “That appeals to my nature.”

The interim CEO of the National Corn Growers Association is at no loss for words when he’s asked about the contribution Keith Alverson of Chester made ...

The recent announcement of $12 billion in aid for farmers affected by trade tariffs has not been welcome news for the agriculture community. A stable ...