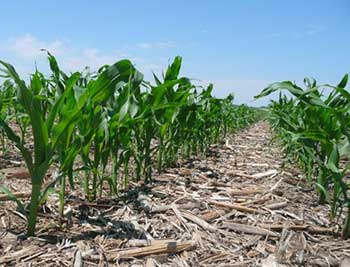 Opinions vary greatly on the chemical atrazine, a herbicide used by thousands of farmers to control noxious weeds that steal moisture and nutrients from their crops. In that mix of opinion, one thing holds true, science. More than 6,000 scientific studies have proven atrazine to be safe and beneficial to both humans and the environment, a trend that continues with the latest research from Syngenta.

Increased productivity is on the minds of everyone in agriculture as we ask, how will we be able to feed the world in the future? Utilizing the best technology seems to be the answer and one example would be the use of atrazine which has increased corn production by 600 million bushels each year in the United States, raising yields by seven bushels per acre.

Atrazine allows farmers to practice no-till methods because the herbicide is able to control damaging weeds without the need to break up the soil. This helps protect the land from soil erosion and also requires less fuel usage which in turn means fewer carbon emissions. The studies’ data showed that reduced erosion due to the use of atrazine totaled 85 million metric tons, or enough to fill 3 million dump trucks. The research also revealed that the reduced emissions totaled around 280,000 metric tons of CO2 each year.

America truly does have the greatest food system in the entire world. No matter what the “foodies” may say, it’s a fact that our country produces the safest, least expensive, most nutritious and abundant food supply on the planet. The report revealed that U.S. consumers save billions of dollars annually due to the increase in production and decrease in producer costs.

Picking up the leftovers

As the sun sets on the 2011 corn harvest in South Dakota, the work is far from over. While some may be putting equipment away, a number of farmers utilize ...

The Renewable Fuel Standard is working

How can America reduce its dependence on foreign oil, increase its energy security and create hundreds of thousands of green jobs? The answer is the ...