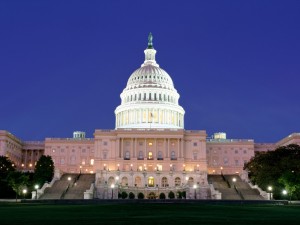 In an attempt to reduce the federal budget, the United States House of Representatives voted to block the implementation funding of E15 to the marketplace through House Resolution 156.

While attempting to save money, Congress is actually squandering tax payer dollars as House Resolution 156 will waste the money that has been spent by the Environmental Protection Agency in the successful testing of E15. A move to E15 in light trucks and cars is a huge step for biofuels and the EPA recognized that by testing the blend more than any other fuel in history.

“They have changed the rules on testing for increased blends of ethanol, still results have always shown ethanol can be safely used in vehicles” said South Dakota Corn Growers Association president, Gary Duffy, a farmer and rancher from Oldham, South Dakota. ” We have been mandated 90 percent gasoline for too long.”

The House of Representatives voting displayed an obvious sense of geography and not so much political party. However, things will be different in the Senate.

“With the ethanol industry still in its infancy, funding cuts to ethanol, America’s only readily available alternative to gasoline, could be costly to future biofuel markets,” said Duffy. “Sound science by the EPA has proven E15 safe for vehicles 2001 or newer, but congress now stands in the way of consumer choices at the pump.”

American Ethanol kicks off at Daytona