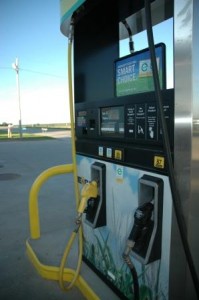 Whether you are for or against ethanol production in the United States, an important part of the ethanol equation that can’t be ignored is its economic impact.

Ethanol directly employs over 70,000 and indirectly employs around 400,000 people in the United States. These high paying, green jobs are assisting in rural development across America giving professionals and their families opportunities that weren’t available 10 years ago. Direct and indirect income from ethanol production adds up to $36 billion.

On top of that the ethanol industry adds $53.6 billion to the nation’s Gross Domestic Product. Those totals equaled $8.6 billion in revenue to the federal treasury in 2010 while the ethanol tax credits like VEETC and the small ethanol producers’ tax credit totaled just over $6 billion.

In 2010 the ethanol industry used 4.6 billion bushels of corn grown by local farmers which was valued at more than $18 billion. Total grain used in domestic ethanol production equaled around 3% of the world’s grain which displaced 445 million barrels of oil during 2010 in the United States. That production is valued at $34 billion and through the buying a selling of inputs, energy and labor that money that will always be American.

“American farmers grow and sell the corn, American workers produce and sell the ethanol and American consumers buy ethanol because it’s a local product, it’s better for the environment and it’s reducing our dependence on foreign oil, “ said David Fremark, president of the South Dakota Corn Utilization Council. “For a country with economic problems, domestic ethanol is a pretty easy answer.”

*Source: CONTRIBUTION OF THE ETHANOL INDUSTRY TO THE ECONOMY OF THE UNITED STATES by Entrix

Thousands of farmers from across the country including 12 from South Dakota Corn will be meeting in Tampa Bay, Florida as Commodity Classic 2011 kicks ...

The South Dakota Corn Growers Association (SDCGA) has re-elected Gary Duffy of Oldham to serve as its president for 2011. Also during the ...