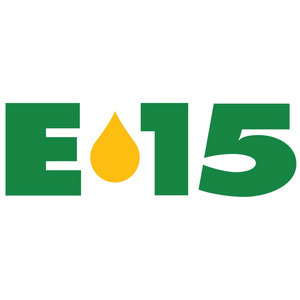 A sweet victory for consumers who will save money along with ethanol producers and farmers who work to meet the growing demands for clean fuel and nutritious livestock feed.

The Supreme Court stated that API and other oil groups did not have sufficient grounds to challenge the new fuel blend and failed to prove that the blend would cause any direct harm.

That’s not surprising since E15 is the most tested fuel in history with all positive results-testing that included millions of miles totaling more than 12 trips to the moon and back.

For some background on E15, it is a blend of 15% ethanol and 85% gasoline, which has been approved by the Environmental Protection Agency for use in cars and light trucks 2001 or newer. The new blend can be used in over 62% of the vehicles on the road today, giving nearly two-thirds of consumers the right to save money, reduce emissions, support the local economy and reduce their dependence on foreign oil. Most importantly, E15 is a choice for consumers, NOT A MANDATE.

The implementation of E15 would give a much-needed boost to the nation’s economy. According to a study by North Dakota State University, a move from E 10 to E 15 would create and support more than 136,000 new jobs and inject $24.4 billion into the American economy annually.

And what about the environment? According to the United States Department of Energy, the use of E 15 instead of conventional gasoline would reduce greenhouse gases by more than 40 million tons of CO2 per year or the greenhouse gas emissions equivalent to removing 10.5 million cars from the road each year.

For even more information on E15, visit: http://www.chooseethanol.com/what-is-ethanol/entry/e15

And YOU can show your support for fuel choices and the new blend E15 by voting YES in this poll on Farm Forum website: http://www.aberdeennews.com/farmforum/news/aan-poll-e15-sales-a-good-idea-20130626,0,4657553,post.poll

In a public opinion poll released yesterday from Fuels America, the results overwhelmingly shown that Americans have a strong desire for renewable fuel ...