Corn Harvest Begins with a Record in the Forecast 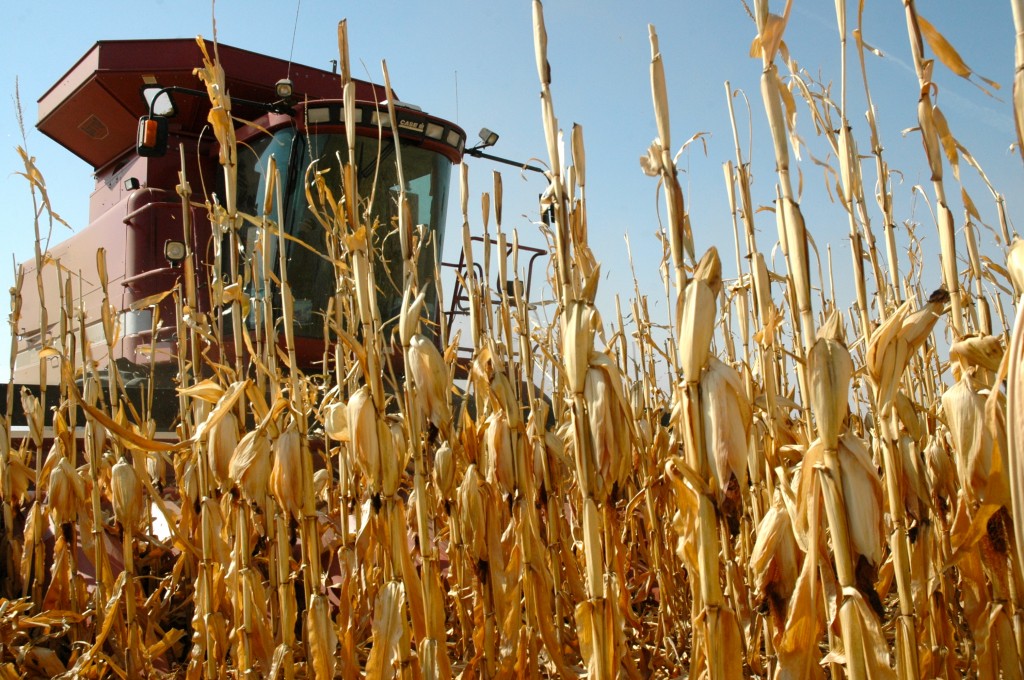 While it seems early yet, combines have started to roll in a few areas (Armour, Alexandria, Huron & Wagner) of South Dakota as farmers begin to collect this year’s corn crop. As those first bushels start to come in, the USDA-NASS today forecasted a record corn crop in South Dakota.

“After last year’s disappointing drought, it was critical to bounce back with a bin buster crop in 2013 in order to meet the growing demands for food, feed, fuel and fiber at home and around the globe,” said South Dakota Corn Utilization Council president Brian Smith, a farmer from Montrose. “From discussions with fellow farmers around the state, most are relatively optimistic about their corn crop heading into harvest.”

South Dakota’s corn crop condition remains good despite very little moisture in August. As of Monday, 63% of the state’s corn crop was rated as Good-Excellent, 23% Fair and 14% Poor-Very Poor.

“While plenty of factors are out of our hands, most areas received some timely rains early on in the summer to help the crop get off to a good start,” added Smith. “I hate to count my chickens before they hatch, but I am looking forward to a successful harvest.”

The September issue of South Dakota Corn’s quarterly magazine, Emerge, hits mailboxes this week. Check it out for great stories on the new ethanol ...

You’re no dummy, so don’t let big oil treat you like one. As the American Petroleum Institute and others continue in their misinformation ...