Ethanol Reform and Deficit Reduction Act is a win, win 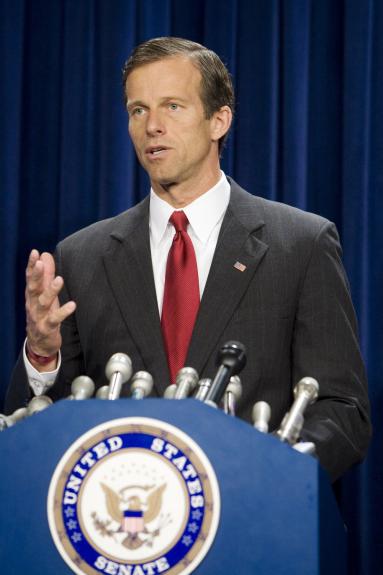 With criticism of ethanol incentives mounting in D.C. and the need for a reduction in federal spending, the ethanol industry got just what it needed on Monday with the introduction of the Ethanol Reform and Deficit Reduction Act.

Brought forward by Senators John Thune (R-SD) and Amy Klobuchar (D-MN ) along with 13 original co-sponsors including Tim Johnson (D-SD), this bipartisan bill would reform ethanol tax incentives by ending the Volumetric Ethanol Excise Tax Credit (VEETC) on July, 1, 2011 saving $2.5 billion. That money would then be allocated to reducing the federal deficit by $1 billion and reinvesting a total of $1.5 billion to domestic biofuel infrastructure and incentive programs including a Variable VEETC Safeguard, Blender Pump Infrastructure, Cellulosic Biofuel Incentives and the Small Ethanol Producers Tax Credit.

“I think this is a common sense bill as it shows continued support for the ethanol industry but also reduces our nation’s deficit,” said National Corn Growers Association Ethanol Committee Chairman, Keith Alverson of Chester, SD. “Farmers like myself are supportive of industry reform, but feel anti-ethanol legislation which completely cuts incentives would only hurt our countries progress on energy independence.”

An example of that anti-ethanol legislation comes from Senator Tom Coburn (R-OK), who proposes that incentives be cut immediately without reform.

“Senator Coburn’s proposed amendment to completely cut the incentives of an industry that is saving people money at the pump and reducing our countries dependence on foreign oil is just plain ludicrous,” said Lisa Richardson, Executive Director of the South Dakota Corn Growers. “This irrational and PRO BIG OIL amendment would not only cost many American’s their jobs but also raise gas prices.”

The Thune and Klobuchur bill would do just the opposite as additional blender pump infrastructure and futuristic biofuel incentives would spur job growth America’s renewable energy sector and keep gas prices down.

Failed Anti-Ethanol Amendment is a victory for consumers