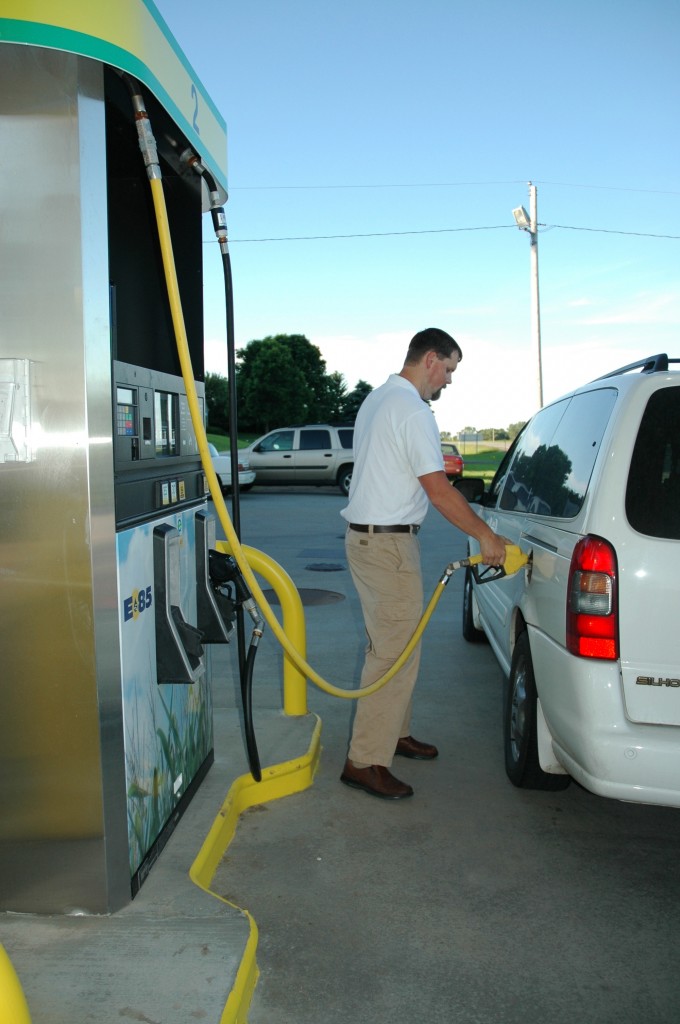 New research from two economics professors at the University of Wisconsin and Iowa State University shows that the average driver in the Midwest saved around $1.69 per gallon as a result of having American ethanol in the marketplace during 2011.

The release today from the Center for Agricultural and Rural Development at Iowa State University also revealed that on a national average, ethanol brought down wholesale gasoline prices by $1.09/gallon. This is up significantly from 2010 price impact savings of 89 cents per gallon.

Based on data from the Census Bureau and Energy Information Administration, 116.7 million U.S. households consumed 131.2 billion gallons of gasoline in 2011, for an average of 1,124 gallons per household. That means ethanol reduced the average American household’s spending on gasoline by more than $1,200 in 2011.

Three primary factors are responsible for ethanol’s more robust price benefit at the pump in 2011: higher oil and gasoline prices, higher ethanol inclusion, and ethanol being priced at a larger-than-normal discount to gasoline.

“While it’s hard to imagine that gas prices could be even higher than they are now, this study clearly underscores that the current pain at the pump would be far worse without ethanol,” said Bob Dinneen, President and CEO of the Renewable Fuels Association.

The study shows that regular grade gasoline prices averaged $3.52 per gallon in 2011, but would have been closer to $4.60 per gallon without the inclusion of more than 13 billion gallons of lower-priced ethanol.

“Having access to American ethanol truly generates a significant financial savings for hard-working families in South Dakota and the rest of country which typically goes unnoticed,” said South Dakota Corn Utilization Council president, Chad Blindauer, a farmer and rancher from Mitchell, SD. “It’s important for consumers and policy makers at all levels to understand just how much of a positive impact the ethanol industry truly has on our country.”

Ethanol has helped save American drivers and the economy more than $477 billion in gasoline expenditures since 2000 – an average of $39.8 billion a year.

A new study conducted by university economists shows that Midwestern drivers saved $1.69 per gallon of fuel last year because of domestic ethanol ...

Save money, reduce your vehicle’s emissions, increase your horsepower, support the local economy and lessen our nation’s dependence on foreign oil. These ...