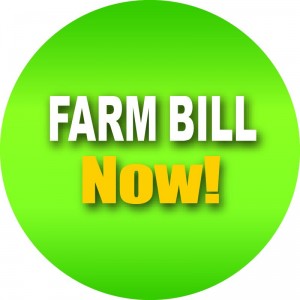 39 of the nation’s foremost agricultural organizations have come together in an effort to raise public awareness of the need for Congress to pass a new, comprehensive, five-year farm bill before current farm programs expire in September.

Yesterday, the group issues the following statement, titled “Why We Need a Farm Bill,” on the importance of new farm legislation for America’s farmers:

“Calling the farm bill the ‘farm bill’ suggests its impact is limited only to farms and to the rural areas to which they are so closely tied. It’s really a jobs bill. A food bill. A conservation bill. A research bill. An energy bill. A trade bill. In other words, it’s a bill that affects every American.

“The farm bill affects our nation’s ability to provide the necessities of life for a global population projected to pass 9 billion by 2050. Here at home, it affects an industry that provides 23 million—or 1 in every 12—American jobs.

“The farm bill has broad impact on our citizens and our economy. It provides healthy foods to millions of schoolchildren and nutritious options to families in need. It develops and expands trade with valuable foreign markets. By reducing spending significantly compared to prior farm bills, the proposals pending right now in Congress address the need to get our nation’s fiscal house in order.

“And yes, it benefits American farms—98 percent of which are owned and operated by families. It helps big farms and small farms, major crops and specialty crops, organic farmers and conventional farmers, cattle ranchers and cotton ginners, farmers markets and national suppliers, and the vast range of other pursuits that make up American agriculture. This year, it would help farmers tackle the challenges posed by the worst drought in a generation.

“While Congress waits to finish the farm bill, we are united in asking all Americans to encourage legislators—home for summer town hall meetings and speeches—to finish this vital legislation before the current farm and food law expires in September. After all, it’s your bill too.”

In the coming weeks, Farm Bill Now will hold events in Iowa and on Capitol Hill to underscore the message as well.

Wednesday morning Sept. 12, representatives of many of the groups uniting today will gather on the grounds of the U.S. Capitol to encourage Congress to pass the bill before programs expire at the end of the month.

For more information on Farm Bill Now and to get involved in ensuring that American agriculture has the security and certainty that it needs, please visit FarmBillNow.com.

Have you read a paper lately? If so you might be under the assumption that we are all going to starve and the world is going to end. That might be a bit ...

The South Dakota Corn Growers Association along with South Dakota State University will be sponsoring a congressional debate tomorrow, August 22nd at ...