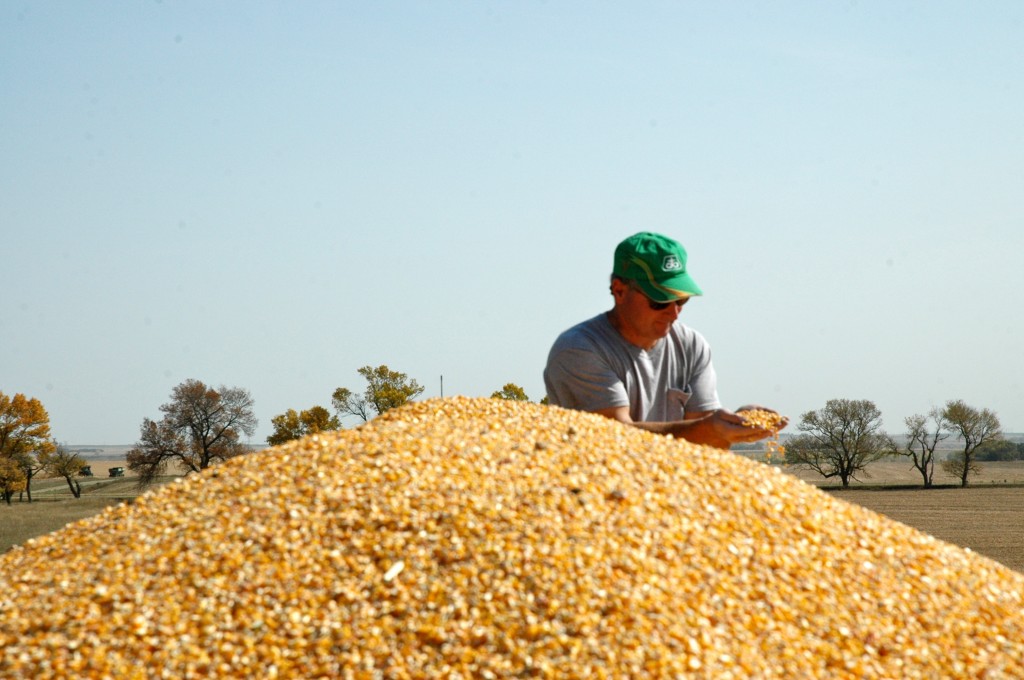 A large number of people gathered last weekend in cities around the world, including Sioux Falls, to protest Genetically Modified Organisms (GMOs). The question we ask those protestors is…why?

Put yourself in this scenario…Let’s say you are a pea farmer. If you could grow more peas in your garden, on the same amount of land, using less fertilizer and less pesticide, would you do it? What if your family’s livelihood depended on those peas, or what if your neighbors depended on your peas? Wouldn’t you plant the seeds that gave you the best opportunity to feed those people?

Those questions are what you should ask yourself when it comes to talking about GMOs and biotechnology in agriculture and our food today. Food is an emotional thing so it’s easy to get caught up in frightening thoughts about what you and yours are digesting through your bodies. But you can be assured that the biotech seeds being used in agriculture have gone through rigorous testing to ensure the highest safety, quality and nutritional standards.

Biotechnology has been around for over 15 years and peer-reviewed research shows that conventional food is just as safe and nutritious as its organic counterpart. Here are some more facts: biotechnology has helped reduce energy usage, greenhouse gas emissions, pesticide and fertilizer use and has helped cut soil erosion all while increasing yields.

For those who will never open their minds to the facts, please spare everyone from the biased study on rats done by discredited scientists in France.

Even activist, and founder of the anti-GMO movement, Mark Lynas now understands the science and immense benefits biotechnology has on the economy, environment and hunger. In a recent speech at Cornell University, Lynas told his audience that it was time to call out the anti-GMO conspiracy theory.

Lynas stated, “My activism, which I wrongly thought of at the time as being ‘environmental’, has done real damage in the world. For me, apologizing was therefore only the beginning. I am now convinced that many people have died unnecessarily because of mistakes that we in the environmental movement collectively made in promoting anti-GMO fear. With that on your conscience, saying sorry and then moving on is not enough.

There will be nine billion people in the world by the year 2050. That’s two billion more mouths to feed and God isn’t making us any more land. In order to meet these future demands, farmers will need to have the best tools and technologies available to them in order to accomplish this tremendous feat. These tools will not only increase production, but also protect the environment and boost modern agriculture’s overall sustainability.

Over the past decade, geese populations have exploded in South Dakota. While that is good news for waterfowl hunters (who are on the decline), it can be ...

As we pay tribute to our military veterans this Memorial Day, save money on your travels by choosing clean-burning, American-made ethanol when filling up ...