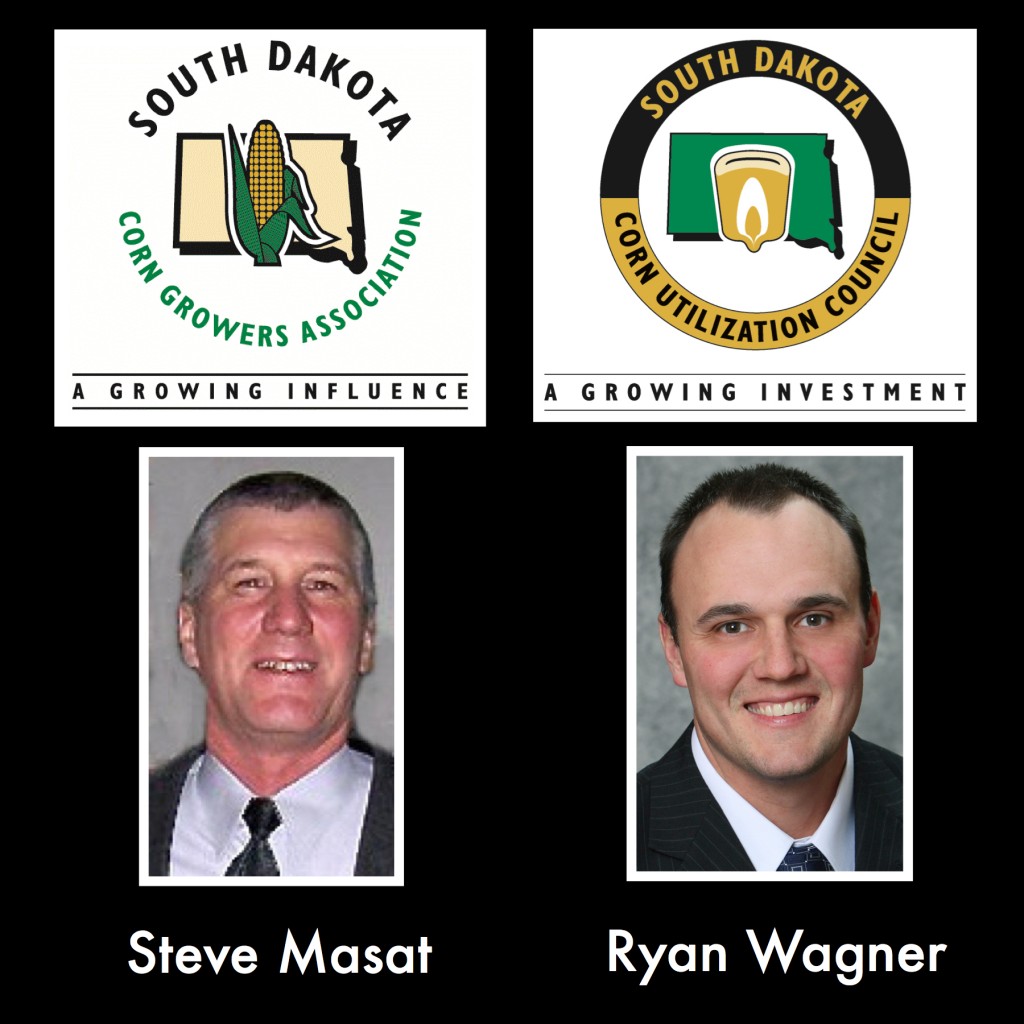 The South Dakota Corn Growers Association and Utilization Council boards will each welcome a new director at their next meeting.

Joining the SDCGA board, Steve Masat of Redfield will fill the vacant District 6 seat representing Edmunds, Faulk, Potter and Spink counties. Masat, 51, farms southeast of Redfield and is a fourth-generation farmer who began farming in high school with his father, Roger.

Masat has a long history of service. He serves as a delegate for the Wheat Growers cooperative and served 16 years on the South Dakota Wheat Inc. board, including terms as president and vice president. He also serves on the Hitchcock-Tulare school board and has been a Crandon Township clerk for 25 years.

Masat’s other service includes time on the Farm Bureau state board and six years in the National Guard after graduating from Redfield High School. He also is a key organizer for this year’s National Red Power Roundup, which will be held in June at Huron.

New to the SDCUC board, Ryan Wagner has been elected by his fellow farmers to fill the District 4 seat representing Clark, Day, Grant, Marshall and Roberts counties, succeeding retiring director, Bill Whipple of Wilmot.

Wagner graduated from Roslyn High School and earned a degree in mechanical engineering from South Dakota State University in 2003. He worked at Daktronics and then for Tyson Meats before returning to the farm. He grew up helping his dad, Terry, on the farm and said he always knew he would return, but wanted to experience how other types of businesses operate.

Ryan was a member of the sixth class of the South Dakota Agricultural & Rural Leadership program, is a member of Farmers Union, is an investor in Glacial Lakes Energy and serves as president of his church council. He also is getting his commodity broker’s license. You can follow Ryan on Twitter: @wagner_farms

He and his wife, Kerri, have three children: Grady, Anna and Harrison.

Farmers in northeast South Dakota have elected Ryan Wagner of Roslyn to serve on the South Dakota Corn Utilization Council’s board of directors. Wagner ...