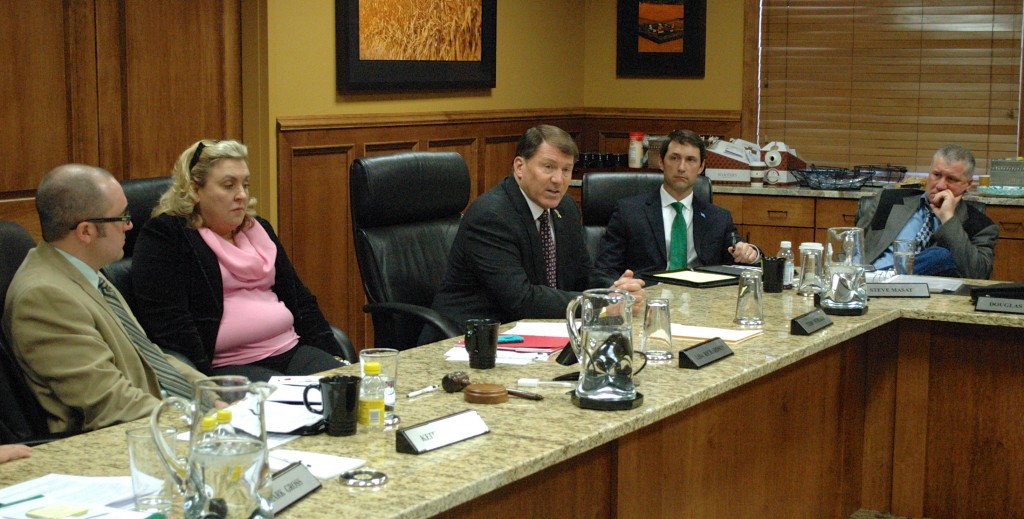 On Wednesday morning in Sioux Falls, U.S. Senate candidate and former South Dakota Governor Mike Rounds took the time to sit down with both the South Dakota Corn Growers and Council board directors to chat about issues facing South Dakota agriculture.

South Dakota Corn appreciated the opportunity to have well-rounded conversation that included dialogue on biotechnology, exports, the new farm bill and crop insurance. Along with those topics, many of the directors’ questions focused on Governor Rounds’ feelings toward ethanol due to its significance in South Dakota.

Below are a few highlights of Rounds’ ethanol comments.

On the Renewable Fuel Standard: “I’m not big on mandates, but a deal is a deal.”

“The RFS allows the ethanol industry to mature.”

When asked how he would vote in the case of an RFS repeal: “I’d vote against it.”

On the benefits of ethanol: “With today’s higher compression engines and more coming in the future, they’ll need higher octane than what we have now and we’ll get there with ethanol.”

“The best octane booster is ethanol; we ought to be the octane provider of the world.”

Ethanol infrastructure: “It’s not a bad idea to be looking at a (ethanol) pipeline to get our product out because of our large dependency on rail.”

South Dakota Corn would like to thank the former governor for taking time out of his busy campaign schedule to visit with our organization about the current status and future of agriculture, the state’s number one industry.

Where does your food come from? If you said the grocery store you better guess again. With today being National Ag Day, we ask that you take a moment to ...

The South Dakota Corn Utilization Council (SDCUC) has elected their leadership for 2014. Mark Gross of Bridgewater will serve as president, Reno ...