NASCAR filling up with E15 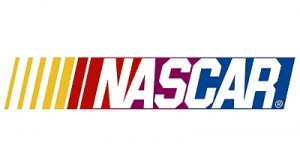 NASCAR, the most popular racing sport in the United States, burns a lot of fuel and starting in 2011 15% of that fuel will be ethanol. The move to the E15 blend is a part of NASCAR’s commitment to being an environmental leader. The American made ethanol will be produced from American grown corn, supporting the countries’ economy and environment.

“The transition to Sunoco Green E15 takes our long-term sustainability strategy to the next level. Sunoco Green E15 is good for racing, good for the environment and good for America. While fueling the same close, door-to-door racing that thrills our fans, American ethanol creates jobs in the United States, helps foster energy independence, and continues the greening of our sport,” said Brian France, chairman and CEO of NASCAR.

Burning ethanol would not only help the environment by reducing nasty greenhouse gas emissions, but will give their cars an extra boost because of its higher octane. NASCAR has been looking into burning ethanol for some time now and their tests have shown very positive results including additional horsepower.

Ethanol’s use in NASCAR makes a lot of sense with its loyal fan base being primarily made up of strong supporters towards American made products and nothing is more American than clean-burning, renewable, corn ethanol.

The ethanol negatives have lies, scare tactics and flawed science, but the ethanol industry has something more powerful, sound science. Indirect land use ...