With the growing amount of misinformation being spewed upon consumers about genetic engineering, finding a transparent and science-based approach towards a labeling measure for food has never been more important.

Initiatives have now failed in three individual states that would have created a separate mandatory labeling law for foods that contain GMO ingredients. Studies clearly show that mandatory GMO labeling would raise food prices, create unnecessary consumer confusion and bring about inconsistencies across the industry.

The Safe and Accurate Food Labeling Act, authored and introduced by Representatives Mike Pompeo (R-Kan.) and G.K. Butterfield (D-N.C.) at yesterday’s House Energy and Commerce Subcommittee on Health hearing would eliminate consumer confusion created by a state-by-state patchwork of labeling laws, advance food safety, inform consumers and provide consistency in labeling. The legislation reaffirms the FDA as America’s preeminent authority on food safety and labeling requirements, requires the FDA to approve all new GMO ingredients before they are brought to market and establishes federal standards for companies that wish to voluntarily label their products for the absence or presence of GMO food ingredients.

“With activist and special interest groups continually attempting to impose state-level measures that would lead to further confusion and increase grocery bills for American consumers, this hearing is an important step toward a real solution,” said National Corn Growers Association Trade Policy and Biotechnology Chair John Linder, a farmer from Ohio. “Food labeling decisions should be left to scientific experts and not dictated by agenda-driven activists. We hope that this public discussion helps bring clarity, and we look forward to working with lawmakers in the new Congress to advance this important piece of legislation.”

Studies have shown that mandated GMO labeling would increase grocery prices for consumers by hundreds of dollars per year as food companies construct multiple supply streams, design new labels, acquire additional warehouse space and create new transportation routes. A recent study by Cornell University found that GMO labeling would increase grocery costs for an average family by $500 per year. Consumers would be forced to bear these increased costs despite the fact that more than 1,000 peer-reviewed studies and the world’s most respected health and safety authorities – including the American Medical Association, the World Health Organization and the U.S. Food and Drug Administration – have determined that GM food ingredients are safe. 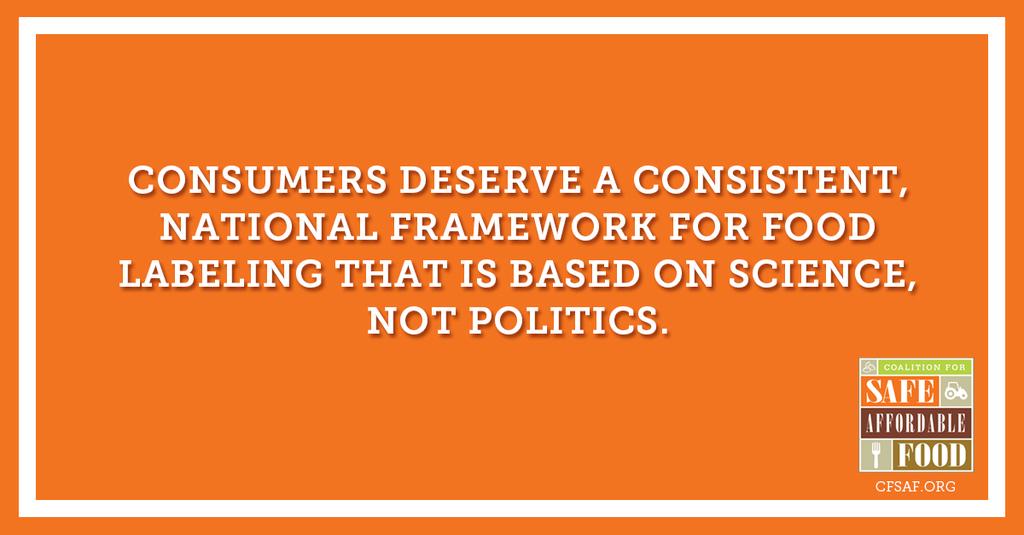 Results from the 2014 South Dakota Corn Growers Showplots are in and available at the link below. ...

Meeting the growing demands for food, feed, fuel and fiber is something that America’s farmers have been accomplishing for decades. But with human ...