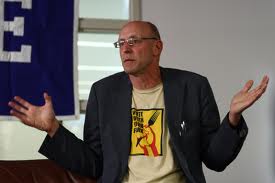 As scary as it sounds, the journalist and university professor, Michael Pollan, known for his best-selling book, “The Omnivore’s Dilemma” might actually agree on something with the corn growing community. In a recent Huffington Post article, the author claimed that high fructose corn syrup is no better or worse for you than cane sugar. Basically saying what the Corn Refiners Association has been saying and defending since the media backlash began.

“I’ve done a lot to demonize it,” Pollan said. “And people took away the message that there was something intrinsically wrong with it. A lot of research says this isn’t the case. But there is a problem with how much total sugar we consume.” High-fructose corn syrup is cheaper than sugar, so it traditionally was pumped into a lot of foods, including savory items.”

Too much sugar is of course very unhealthy, but the negative press sparked numerous marketing campaigns where products were advertised as HFCS-FREE or made with Real Cane Sugar making those products seem like a healthier choice, when actually they weren’t.

“It shows the brilliance of the industry, which is always a couple of steps ahead of me,” Pollan said. “They started giving products made of real sugar health claims and [are] trying to make sugar look good.” And that is a problem.

Indeed it is a problem when self-proclaimed experts like Pollan and foodie bloggers can influence such a large population on what they should or should not be eating without any scientific backing whatsoever. Mark Twain once wrote that “the trouble with the world is not that people know too little, but that they know so many things that aren’t so.”

Just remember, a sugar is a sugar. Over-indulging is bad, but finally getting a food journalist like Michael Pollan to finally understand corn sugar isn’t, now that is bittersweet.

The U.S. Department of Agriculture has awarded a $99,920 grant to the South Dakota Corn Growers Association (SDCGA) to provide risk-management education ...

In a relatively short period, American ethanol has accomplished a number of feats, but the most important being the reduction of our countries dependence ...