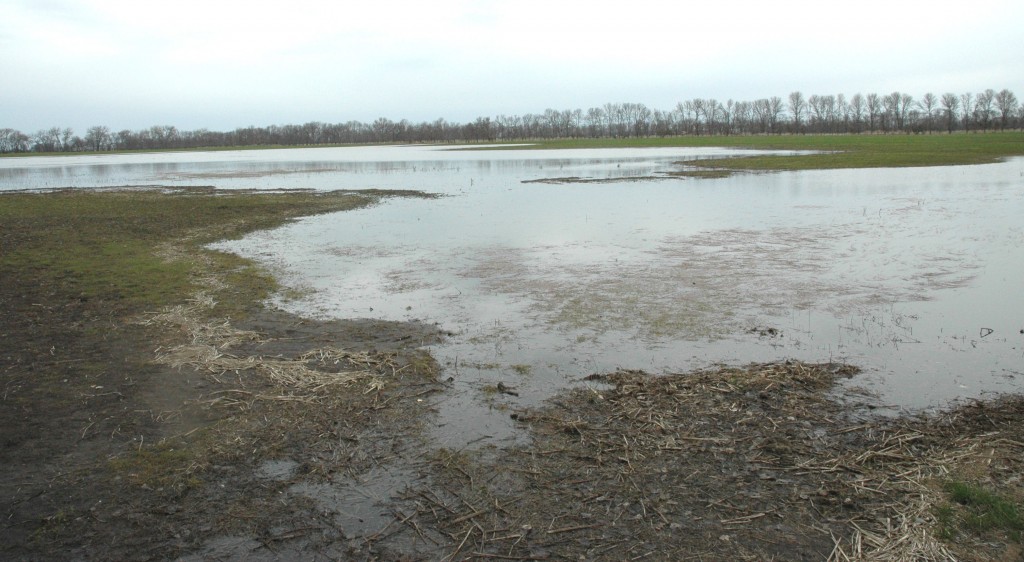 While the wet spring we had in South Dakota was needed to replenish the soils after experiencing last year’s drought, it can be a mixed bag for farmers who are unable to get part of their plots planted. The excess moisture in South Dakota didn’t delay the state’s farmers nearly as much as some of those surrounding, but with crop insurance planting dates for corn and soybeans now past, farmers have tough choices to make.

One of those options on insured acres is Prevented Plant. As farmers know, crop insurance is very complex and this subject has been exactly that, especially for a large number of farmers in the northeast part of the state.

To help shed some light on this matter, South Dakota Corn contacted the Risk Management Agency (RMA) earlier this month and spoke with Kathy Gilbertson, a Senior Risk Management Specialist, and provided her with the following questions.

Q1. Last year was widely considered a drought and with the 1-in-4 rule in effect; how does a grower know that a successfully planted crop in 2012 qualifies as such?

Answer: RMA is following the 1-in-4 rule, but there was a special provision published in November of 2011 that says it counts “Unless it was planted in an abnormally dry year.” Last year there was widespread drought across South Dakota, but it is still a case-by-case basis that goes down to a section-by-section level using weather modeling. The grower’s insurance agent should have notified the farmer about the special provision. Some companies send out new provisions to customers, some don’t.

Q2. Some prevented plant claims were rejected in 2012. It was a drought year overall, but certain areas of South Dakota did experience heavy rainfall during normal planting dates. What was RMA’s reasoning for these rejections?

Answer: That could be all over the board. But the fact is that RMA didn’t reject those claims, it was a decision made by individual insurance companies. As always, it’s a case-by-case basis. Brown County for example, if they claimed prevented planting in 2012, most likely it would have to been determined that the rainfall received was excessive. Remember, the answer to every crop insurance question is “maybe.”

Q3. Is there anything else you would like to share with growers who are facing prevented plant decisions this year due to the excess moisture?

Answer: RMA has just released a Prevented Planting fact sheet, which should answer a great deal of questions that growers may have. Furthermore, we recommend that all farmers should take it upon themselves to learn more about their crop insurance coverage.

For more information from the Risk Management Agency, click here:

The South Dakota Corn Growers Association (SDCGA) is pleased that the U.S. House has passed its version of a farm bill, a long-overdue step that paves the ...

Fuel Choices to grow in SD

Fuel choices in South Dakota will continue to grow as the state’s Economic Development Office kicked off another round of ethanol blender pump grant ...