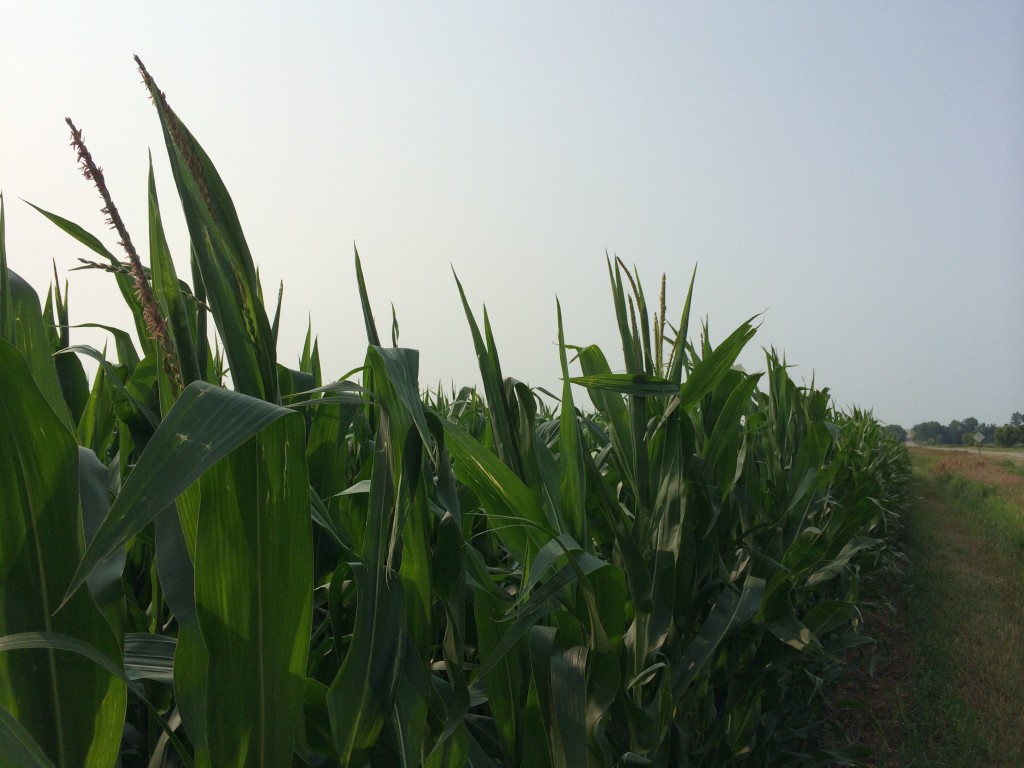 The Pro Farmer Crop Tour surveyed corn and soybean fields in southeastern South Dakota last week as they kicked off their annual scouting trip across the Corn Belt. Read below for technical commentary from their time in the Mount Rushmore State where they took 57 samples from 3 different crop districts.

The South Dakota corn yield this year was calculated at 152.71 bushels per acre. That’s down 5.6% from last year’s Tour results, indicating that maybe USDA went in the wrong direction from year-ago when it raised the S. Dakota yield 1 bu. from last year, to 139 bushels per acre. However, if the acres further north of the Tour area can beat last year, there’s plenty of acres up there to pull the state yield back to year-ago levels.

While several scouts mentioned the “missing plants” in several South Dakota cornfields, the average number of ears in two 30-foot rows was 83.76, up 1.1% from last year’s 82.85 ears. By the way, the 83.76 ears calculates to about 24,300 ears per acre. So, the reduction in yield from last year’s Tour is not the result of fewer ears.

The problem is in the length of grain. Ears in South Dakota this year averaged 6.6 inches, down 7.7% from last year’s 7.16 inches. There was some tip-back on ears, but the real problem is that this year’s ears in southeastern South Dakota are just… well… shorter than last years.

The average row width in the state narrowed by 0.57 inch. That’s a 1.4% narrowing of row-width that actually helped to hold up the average yield on Day 1 of the western Crop Tour.

Western Tour Leader and Pro Farmer Editorial Director Chip Flory commented, “Last year, the southeastern portion of South Dakota (where the Tour samples), was probably the highest yielding area of the state and we ended up with a very high average yield of 161.75 bu. per acre. This year, the southeastern portion of the state might be pulling down the average yield for the state as later-planted corn in the central and northern crop districts on South Dakota’s east coast is actually performing better than earlier-planted corn in the southeast. I talked with several growers that agreed the population was likely cut by a late-spring frost as many of the plants just… looked weird. They were damaged at some point, but are doing what they can to make corn.”

Western Tour Consultant Jason Franck said,“Three things were showing up. First, drowned out areas that had been replanted; secondly, hail damage was more noticeable this year than I have ever seen before, and; thirdly, weed pressure/water hemp was consistently showing up throughout most of these fields. Really I think going into this Tour, many were wondering how good this crop could be and how much time do we need to finish it off. And seeing what I saw today, confirms that most of the crop (corn & beans) need 5-6 more weeks of decent weather, to make this crop in South Dakota and Nebraska something special.”

Oil continues to rule the rail

As family farmers, grain co-ops, ethanol plants and other agribusinesses continue to suffer from poor rail service for nearly a year now, oil shipments on ...

The burning difference between Ethanol &#038; Gas

With big oil spilling constant non-stop nonsense about American-made ethanol, it’s important for folks to see the facts about renewable fuels for ...