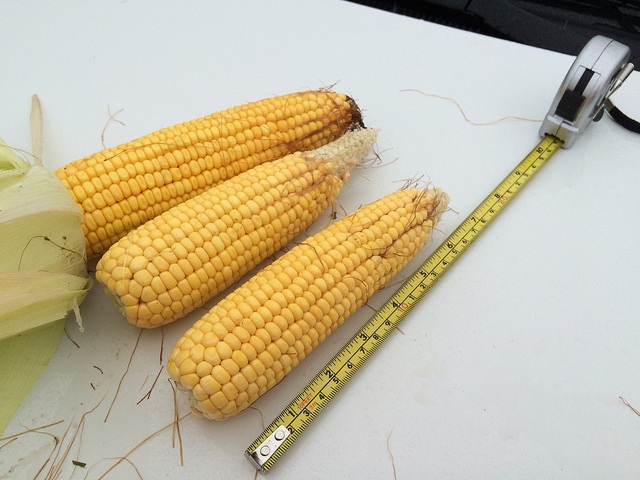 Both the corn and soybean crops received high praise from scouts. Read below for technical commentary.

Flory adds that with rain falling on scouts from Sunday night into midday Monday, much of the crop got the late-season rain it needs to finish strong. “Consistency was the catch word for the day in the Jackrabbit state and frankly, the scenery barely changed from Sioux Falls to the Nebraska state line,” he said.

Western Tour Consultant Terry Johnston said the crops in southeast South Dakota look good, with some isolated spots with hail damage and some areas with lighter soils that showed drought stress from earlier (just 24 hours earlier) in the season. “Comparing this year to my many years on the western leg of the Tour, things are about as green as I’ve seen.”

“We’ve had concerns in the past about the maturity of the crop, but both the corn and beans are in good shape as long as the growing season is not prematurely ended,” adds Johnston. “This South Dakota crop has the potential to be a good crop and will likely be better than last year.”

“I think farmers will be very happy with the crop,” said Tim Gregerson, who has been scouting fields for the tour since 2000. Disease was “minimal,” with some anthracnose. Likewise, storm damage was about average, with hail and wind causing green snap in several fields.

Other scouts marveled at the change in South Dakota production that they’ve seen over time. Brad Nelson of Albert Lea, Minn., noted how 130 bu. corn used to be considered a good crop for farmers in the state. “This time, you had a hard time coming up with anything under 150” bu. per acre, Nelson said.

You can follow along with the Pro Farmer crew as they continue their tour through the rest of the Corn Belt with the hashtag, #pftour15 on Twitter.

A team of Extension specialists from several universities in the Upper Midwest are performing a series of monthly webinars (from July through December) on ...