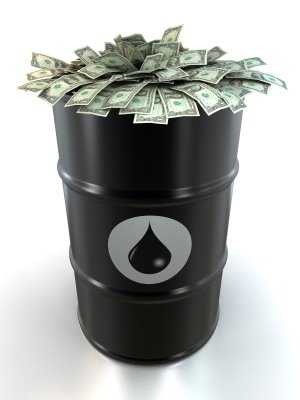 If you had to guess what a so-called “environmental” group would support when it came down to transportation fuels would you pick: A- old, dirty oil or B- clean, renewable biofuels?

The answer may have you scratching your head but don’t feel bad because you’re not alone. Believe it or not the answer is actually A. The Environmental Working Group (EWG) and spends much of their time putting down biofuels like ethanol, America’s only clean-burning, renewable and readily available alternative to gasoline.

Through fear mongering, scare tactics and half-truths the EWG attempts to sway consumers away from using ethanol which means they continue depending on oil. In their attempts to tear down ethanol its funny how they completely forget to mention the harmful effects of gasoline. While neither fuel is perfect, pretending that gasoline is better for the environment than ethanol is completely false.

America currently imports 65% of its petroleum paying out more than $1 billion per day which has been absolutely detrimental to our nation’s economy. The United States has only 2% of the world’s oil but uses 25% of the world’s supply and unless our policies and habits change, our addiction will only become worse.

While alternative fuels like ethanol are not the complete answer to our countries oil addiction, it is certainly a piece of the puzzle as in 2010 American-made ethanol displaced the need for 445 million barrels of oil while using only 3% of the world’s grain. This domestic fuel saved the United States $34 billion by reducing foreign oil purchases.

As our country continues to be held hostage to OPEC’s oil prices, now is the time to support renewable fuels. Ethanol is benefitting the economy, environment, reducing our dependence on foreign oil, improving our nation’s energy security and creating a market for futuristic and cellulosic biofuels. Consumers need to see past the EWG’s big oil agenda which only leads us down the same old road fueled by dirty, imported oil.

Farmers are constantly on move, especially during spring planting season. Time is short but the need for information is still great as many decisions are ...