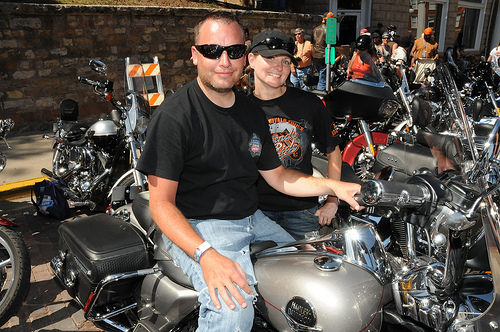 Renewable Fuel Association’s, Robert White, Director of Market Development is headed to the71st Sturgis Bike Rally this week, but he’s not on vacation, he’s on a mission. The mission is simple; educate thousands of bikers and tourists about American-made, clean-burning, ethanol fuel through a campaign called, “Fueled with Pride”. And Robert is leading by example.

You see, White, a military veteran, is riding a Harley-Davidson Motorcycle that runs on E85 (a fuel blend of 85% ethanol and 15% gasoline), and Robert is taking the “Fueled with Pride” promotion to heart of the rally, the Legendary Buffalo Chip.

The campaign includes promotional materials, banners, decals and merchandise highlighting ethanol fuel. More importantly, the campaign educates motorcycle owners with facts about ethanol use in motorcycles, as the renewable fuel is often times wrongly characterized as a problem for motorcycles.

“We are happy to be partnering again with the Buffalo Chip to show riders that ethanol-blended fuels are a safe and effective alternative to petroleum that can used in motorcycle engines, along with every other vehicle riders have at home,” said White. “Increasing the use of domestic, clean-burning fuels allows us to become a more energy secure country, reducing our dependence on foreign oil and creating more jobs.” 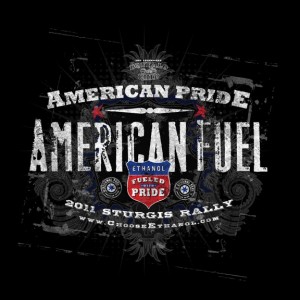 Is there anything better than fresh sweet corn? Debate all you want, but there is no argument during the short time that South Dakotans can get their ...

Maintaining America’s food supply and capacity is the ultimate goal of the Farm Bill. Meeting the growing demands for food in the United States and around ...