RFS Rally in KC on Thursday 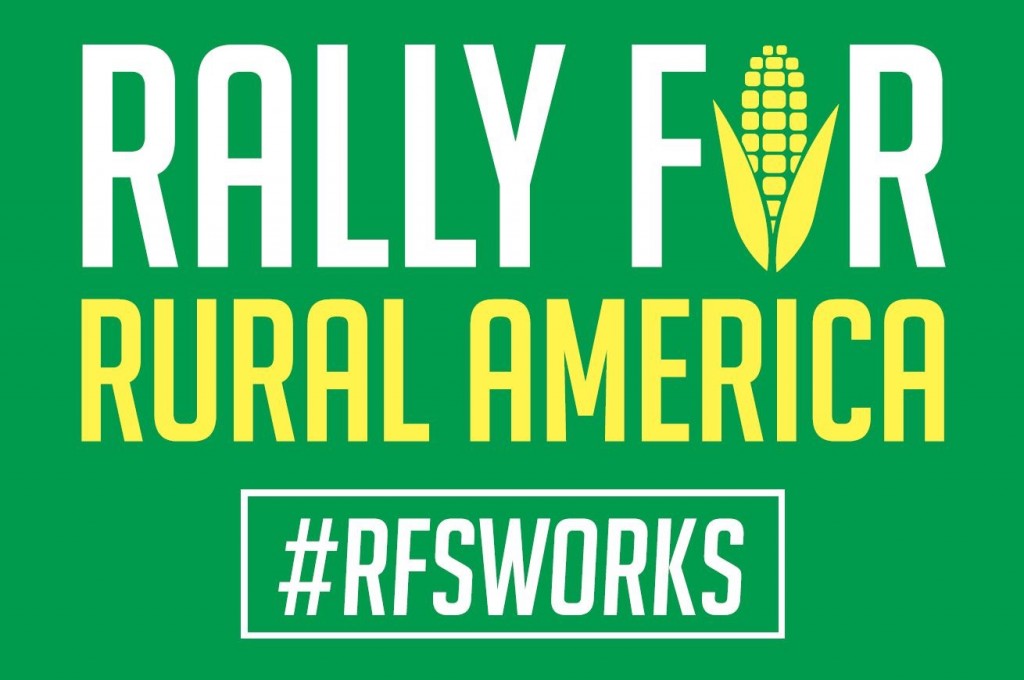 Farmers and other interested folks are invited to attend the “Rally for Rural America” in Kansas City on Thursday (June 25) as the Environmental Protection Agency holds a hearing after releasing their proposal to lower the volume of corn ethanol required by law in the Renewable Fuel Standard program.

This proposal could be damaging to rural America, which has experienced immense economic and environmental progress over the past eight years since the statute was enacted. Since the implementation of the RFS, the ethanol industry has created hundreds of thousands of jobs, provided significant financial savings at the pump, drastically reduced carbon and toxic vehicle emissions and created value-added market opportunities across agriculture.

Those involved in agriculture understand the importance of this policy and to let their voice be heard, hundreds of family corn farmers and others will heading to Kansas City on Thursday to take part in a rally hosted by Fuels America outside of the Jack Reardon Center and EPA RFS hearing inside.

For those interested in attending the ethanol supporter rally and EPA hearing, there is a FREE bus ride available on Thursday that is leaving from Siouxland Energy in Jackson, Nebraska (which is near Sioux City) at 6:00 am. To RSVP a seat on the bus, email: Aimee.James@siouxlandethanol.com

Speaking at the hearing on behalf of the South Dakota Corn Growers Association will be the organization’s president Keith Alverson, a sixth-generation farmer from Chester.

For complete information on the “Rally for Rural America,” visit:

For those unable to attend, be sure to submit official comments to the EPA, telling them: “Don’t Mess with the RFS!”

Alverson to tell EPA the #RFSworks

The people of Sully County, South Dakota have spoken loud and clear with last night’s election results showing overwhelming support for the zoning ...