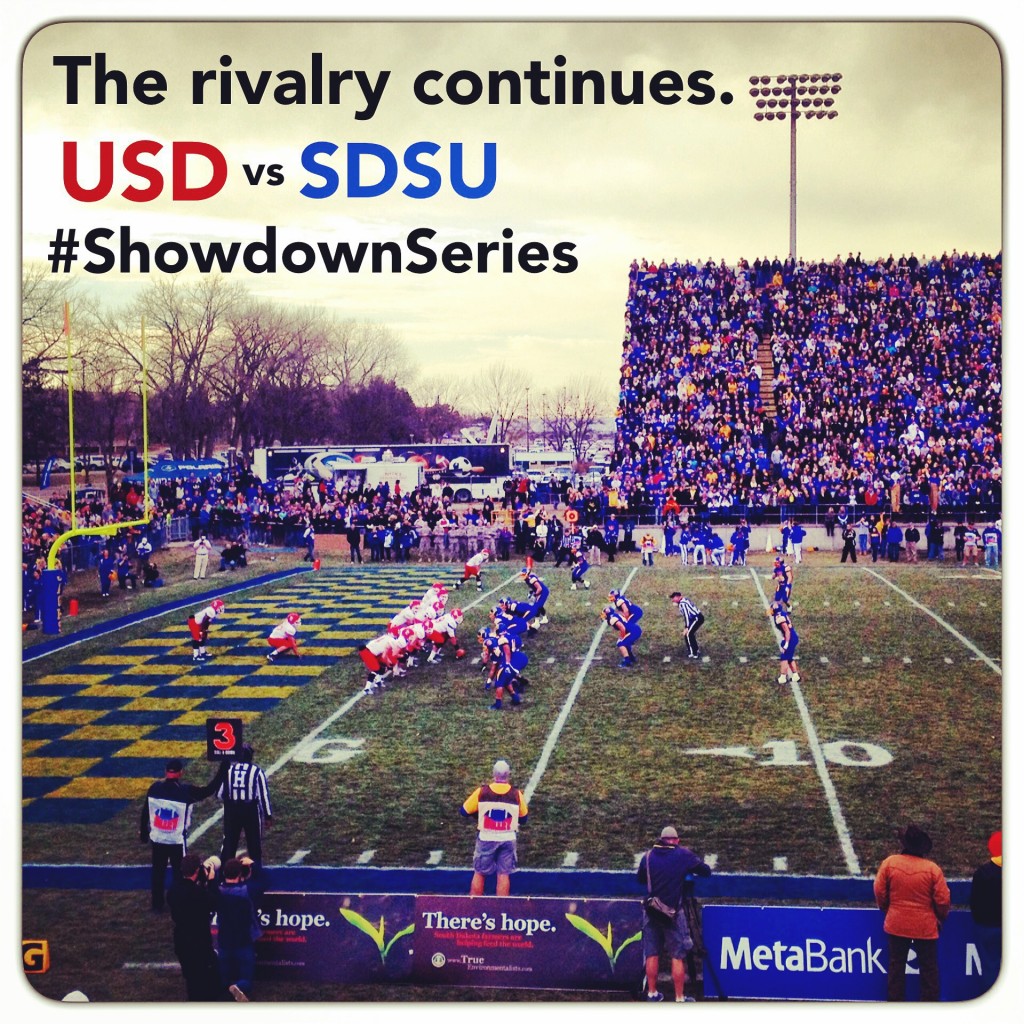 The historic rivalry between the University of South Dakota and South Dakota State University is one that dates back to 1889 on the football field. This coming Saturday the two schools will collide once again in a South Dakota Showdown Series matchup on Saturday, November 22nd at 2pm in Brookings where the winner will determine who leads the year-long competition between the two universities’ student-athletes.

Another interesting note is that each school has notched 50 wins apiece with 7 ties on the gridiron, so Saturday’s winner will also lead in the all-time series in football.

Another way USD, SDSU and anti-hunger fans can help support Feeding South Dakota during rivalry week is by dropping monetary donations off at any one of the 16 First Bank and Trust locations, or by submitting a donation online at bankeasy.com

Yet another event taking place this weekend includes the Lambda Chi Alpha fraternity chapters from both SDSU and USD who plan to run 130 miles from the Dakota Dome in Vermillion to Coughlin-Alumni Stadium in Brookings. The run rekindles a lost tradition between the two chapters and they hope to raise $2,500 for Feeding South Dakota in their efforts.

To help spread awareness of the Showdown Series and its tie to Feeding South Dakota, the South Dakota Corn Council will be handing out rally towels to the first 5,000 fans at Saturday’s game.

Be sure to tune into KSFY’s morning news with Shawn and Nancy on Friday, as they will be live from Brookings interviewing SDSU players, coaches and staff from South Dakota Corn.

The Environmental Protection Agency issued a notice today announcing that the agency will not finalize the 2014 Renewable Fuel Standard volume levels ...