Scooping up the Facts on Ethanol 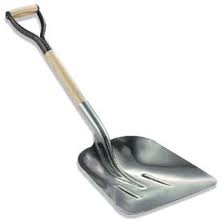 Deceit and make-believe are what you get when reading the most recent editorial from the Inforum’s, Ross Nelson. His latest piece titled, “Ethanol? I’ll supply the shovels,” not only shows his true lack of understanding about the home-grown biofuel, but his lack of effort and professionalism in finding facts. Nelson tears down America’s only readily available replacement to gasoline with figures that bear no sources or reference, but his own simple ideas and opinions.

Nelson writes, “Ethanol takes almost as much energy as it gives.” Actually, according to the EPA, ethanol production has a positive net energy gain of 2.3 to 1. And research from the University of Nebraska-Lincoln shows that for every gallon of petroleum used in the ethanol production process, 13 gallons of renewable fuel are produced.

Next, Nelson says the new blend E15 could damage vehicles. He fails to offer any specific examples but claims it could be so. Too bad he didn’t report that the EPA has done rigorous testing and approved E15 as being a safe blend for cars and light trucks 2001 or newer. Another study includes testing from the company Ricardo Inc. showing that E15 would be safe for vehicles produced in 1994 or newer.

Now this is where Nelson goes a bit over the edge as he writes, “If they want to help me shovel my long rural driveway after a snowfall because my snowblower won’t run right on mandated E15, come on down. I’ll supply the snow shovels.”

NEVER has E15 been talked about or proposed as a mandate. NEVER has the blend ever been approved for anything other than cars and light trucks. So why exactly would you be putting it in your snow blower? And when did the word mandate ever occur in the EPA decision?

Nelson and others can continue attempting to twist and turn their false numbers and arguments against ethanol however they would like. But the facts are facts and the truth is that ethanol is lessening our countries’ dependence on foreign oil according to the EIA, making our nation more energy secure and providing new green jobs for more hard-working Americans.

It’s a good thing you have a supply of shovels Mr. Nelson, because you’re going to need them to scoop your piles of misleading bull crap away from the truth.

Soil and water are both precious things. We all depend on both of them to survive so it’s important to protect them, but we also need to them maximize our ...

The week of Thanksgiving reminds us all of the many things we have to be thankful for: family, friends, health, homes, jobs, etc. In addition there is ...