Justin Minnaert, a 25-year-old farmer from Madison, is the newest member of the South Dakota Corn Utilization Council board. He will fill the District 2 seat that was held by Al Miron, who passed away last November.

Mike Nickolas, 58, of Aberdeen has joined the South Dakota Corn Growers Association board as an industry representative. He is executive vice president of the Agtegra Cooperative grain division. 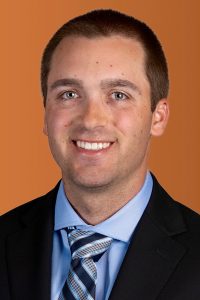 Minnaert, a Chester High School graduate, earned a degree in ag business from Lake Area Technical Institute. He grows corn and soybeans and has a cow-calf operation with his dad, Kevin. Like many farm kids, he developed a natural interest in farming at a young age.

“I started farming when my legs were long enough to reach the pedals on the tractor,” he says. “I always wanted to farm and was fortunate enough to return to my family’s farm right out of college in 2013 as my Grandpa Ron began to slow down.”

He chose farming as a profession because it is constantly changing. “I enjoy that every year brings new challenges and possibilities to improve on the past.”

Minnaert says the most important issue facing today’s farmers is the disconnect between growers and consumers, which continues to widen. Consumer misconceptions of why farmers grow crops the way they do is casting farmers in a negative light. He says we need to shrink the gap in order for new technologies to be met with less public resistance.

In his spare time, Justin likes to run with his wife, Kendra, and their golden retriever, Sadie. He also enjoys riding a dirt bike and Harley. 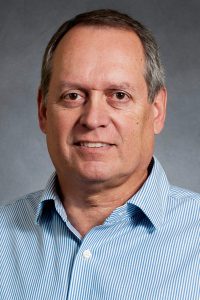 In February of this year, North Central and Wheat Growers unified to form Agtegra. Nickolas became executive vice president of the grain division for the innovative, farmer-owned grain and agronomy cooperative that has more than 6,700 active members in eastern South Dakota and North Dakota. He also served as a director on the South Dakota Grain and Feed Association.

Nickolas says he chose this profession to follow in the footsteps of his dad, who was a co-op manager. He says the most important issue facing grain/agronomy cooperatives today is that the labor pool is very small, which makes it challenging to attract and retain quality people. He decided to serve on the Corn Growers board because it provides a good opportunity to represent the industry.

Nickolas graduated from Bowdle High School and earned degrees in business management and marketing from Northern State University. He and his wife, Rose, have four grown children and three grandchildren.

When it comes to improving and maintaining the health of soil, there’s no universal recipe that works for everyone. Whether the method is planting cover ...

Give us trade, not aid

As the United States continues to spar and negotiate with its trading partners, the message from rural America grows louder and clearer: Farmers want ...