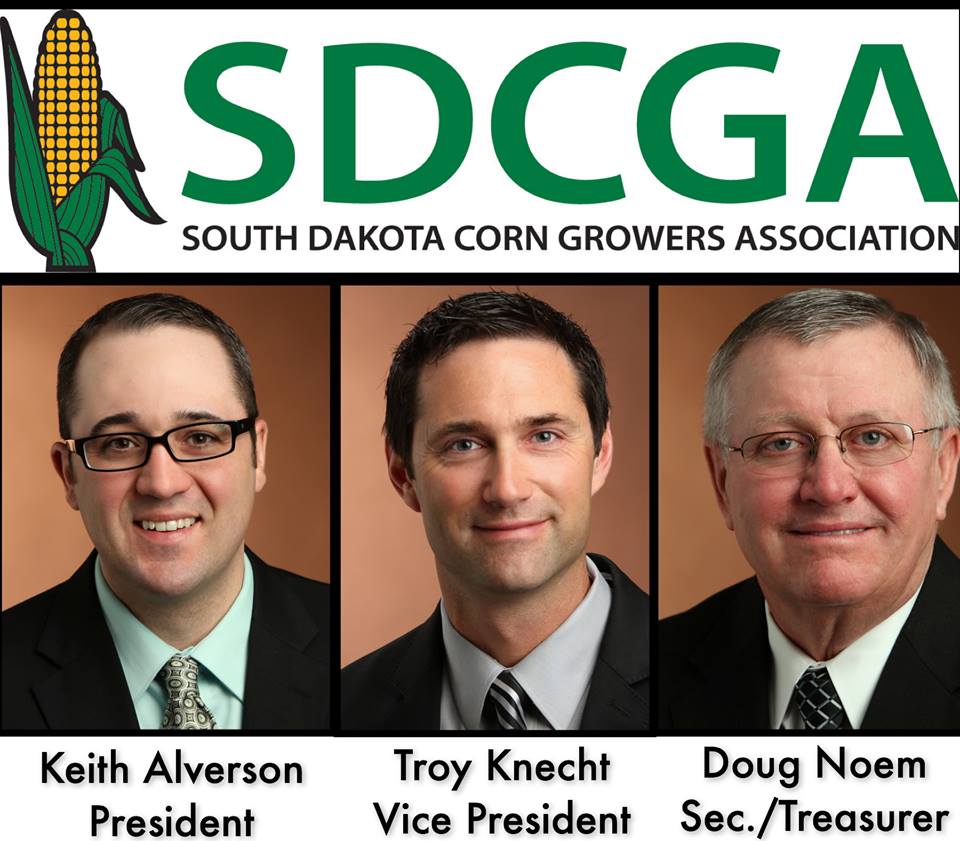 South Dakota Corn Growers Association (SDCGA) board members have re-elected all three officers to serve for another year.

Keith Alverson of Chester will continue as president, Troy Knecht of Houghton will remain vice president and Doug Noem of Bryant will again be secretary/treasurer.

Alverson, a sixth-generation farmer, farms in partnership with his dad and uncle. He serves as a member of the National Corn Growers Association Corn Board and is past chairman of the NCGA’s Ethanol Committee. He was elected to the SDCGA board in January 2010. He also served three years on the South Dakota Corn Utilization Council board of directors, including two years as vice president.

Knecht has served on the SDCGA board since January 2010. In addition to farming, he manages a Wensman Seed dealership. He also serves on the Britton-Hecla School Board and is a member of the Brown County Weed and Pest Board.

Noem joined the SDCGA board in early 2012. His public service includes serving as a Hamlin County commissioner, president of a local cooperative, member of the Pork Producers public policy committee, and church president.

UPDATE: The deadline for farmers to reallocate their base acres and update their yields at their county FSA office for the new farm bill program is this ...

The Sioux Falls Skyforce will be taking a break from their regular home uniforms on March 6th against the Grand Rapids Drive at the Sanford Pentagon, and ...