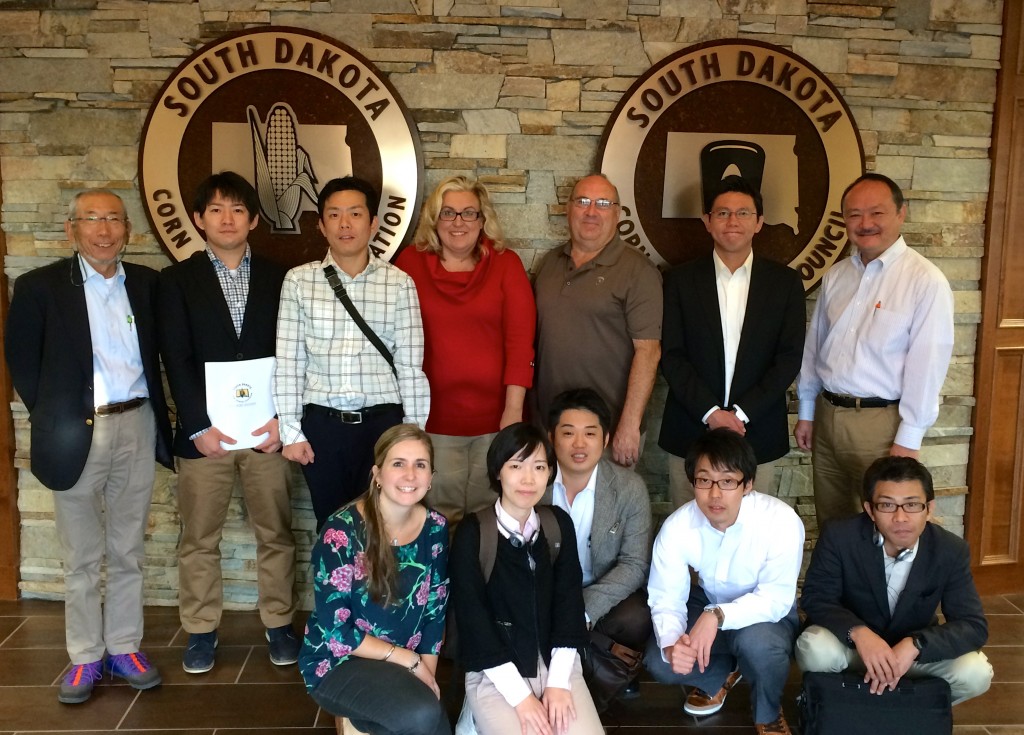 The 11-person group made up of eight Japanese grain buyers, an interpreter and two USGC staff started today off at the SD Corn office learning more about the state’s number one crop and our organization. The trade team had a number of questions about the quality of this year’s corn, distillers grain availability, corn usage statistics, farm expenses, the Renewable Fuel Standard and livestock.

Most of the trade team members have an interest in the dairy industry so they will spend the remainder of the day visiting area dairies along with a visit with faculty members at South Dakota State University in Brookings.

On Tuesday, they’ll visit the Mark Gross farm near Bridgewater and hopefully get to see corn harvest in action before they go to the Central Farmers elevator in Marion followed by a stop at the Poet ethanol plant in Chancellor to conclude their visit.

Japan is the number one buyer of corn grown in the United States and the country ranks fifth in distillers grain imports. During the past year, Japan has imported more than 10.2 million metric tons (401.4 million bushels) of American corn.

For the better part of a decade, exports have ranked 2nd when it comes to the consumption of South Dakota corn, behind ethanol and ahead of livestock. This year nearly 300 million bushels of corn (7.6 million metric tons) will be exported out of the state.

According to the United States Department of Agriculture, the export of farm and ranch products contributed $3.6 billion to South Dakota’s economy in 2012.

How much can farmers harvest in a week?

Corn harvest in South Dakota started out slow thanks to mild summer that included above average rainfall for most areas of the state. With corn prices ...