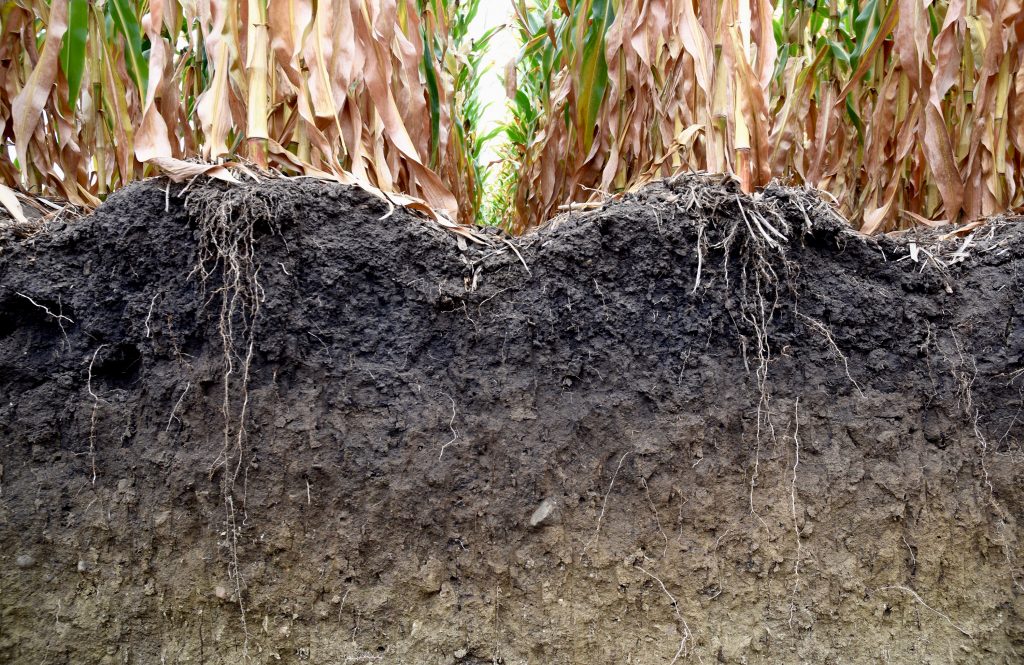 South Dakota farmers are some of the world’s best stewards of the land. For good reason. It benefits everyone when we preserve and manage our soil. After all, soil is the lifeblood of agriculture. And organic matter is the lifeblood of fertile soil. That’s why farmers are using a variety of tools and technology and adopting effective farming practices that build and maintain subsurface nutrients.

Crop rotation is one time-tested, widely used practice, and the use of cover crops is growing as farmers realize the advantage it can provide in building organic matter and protecting soil year-round. Anthony Bly, South Dakota State University soil field specialist, refers to cover crops as “one piece of the puzzle” and says the living root is probably the most important reason to plant cover crops. 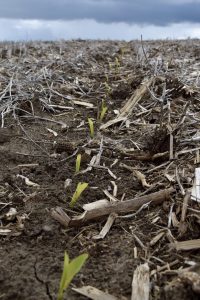 Half of the state’s farmed acres are now no-till, according to U.S. Department of Agriculture figures

Another step that has worked for many farmers is reduced tillage. Half of the state’s farmed acres are now no-till, according to U.S. Department of Agriculture figures. Other farmers are using strip till, ridge till or other practices. More buffer strips are being planted near rivers and streams.

South Dakota Corn has found that partnerships – with organizations such as NRCS and the Soil Health Coalition – benefit both farming and the environment. We’re involved in several programs to improve soil health, address salinity issues and expand conservation acres.

If you have areas of your fields that aren’t producing well, you may have soil-health issues and might want to visit with your NRCS office or an agronomist to see what options are available to turn those acres into positives.

Bly, who has been with SDSU for 27 years, says he’s seen huge changes during that time. When he started, very little attention was given to organic matter. However, over time, the world has seen the effects of lost organic matter, such as lower yields.

Scientific knowledge has increased exponentially as to the importance of water retention, soil carbon and microorganisms, Bly said. As a result, farmers have adapted to new practices and technologies and incorporated soil-health concepts.

In addition, Bly said a growing concern about climate change has raised the importance of removing carbon from the atmosphere. Processes are evolving. Even ethanol production has gotten greener.

“Carbon is the foundational block of all that,” Bly said. “Agriculture can show we can still do what we need to do, but do it through sustainable approaches. That’s a good thing for us.”

Farmers focus on economics, but also the future, Bly said. If they want their farms to survive for the next generation, they need to focus on sustainability.

“Soil health is our house. We need to build it up and protect it,” Bly said. “There is a whole food chain in the soil.”

Farmers who want to improve the health of their soil have opportunities to do that through various programs. The current farm bill is more conservation-minded and Bly says there’s help for farmers if they just look for it.

One program involving South Dakota Corn is Every Acre Counts, which will focus primarily on finding better uses for marginal lands affected by wet conditions, saline or sodic soils and eroded areas such as hilltops.

The program initially was available in 15 counties but has been expanded to include all counties in South Dakota with a primary emphasis on the eastern side of the state.

SDSU Extension will work with selected landowners and their crop and financial consultants to generate an economic analysis report that will be used to determine marginal acres. Funding will be provided through federal, state and local habitat and conservation programs. A program goal is to produce information that would help farmers increase their return on investment and develop an enhanced land management plan that benefits land, water and other natural resources.

The program would provide a $150-per-acre incentive payment with grazing allowed all year and haying allowed outside the primary nesting period for birds.

Every Acre Counts should complement an ongoing program put together by South Dakota Corn, Pheasants Forever and SDSU Extension that targets soils with high saline or sodic content. That project has helped establish habitat on unproductive soils. That rejuvenates the soil, helps the environment and provides wildlife habitat.

Another South Dakota Corn partner, the National Corn Growers Association, is a supporter of the Bee and Butterfly Habitat Fund. Fall is the best time to establish a pollinator habitat to benefit honeybees and monarch butterflies.

“Farmers are stewards of the land across much of the eastern monarch butterflies’ habitat and in several critical areas in their western flyway — placing them in a unique position to support sustainable monarch populations, as well as a variety of other pollinators, too,” said NCGA’s biotechnology and crop inputs director Nicole Hasheider. “Acres that are not optimal for production make great habitat opportunities.” For information about that program, send an email to: info@beeandbutterflyfund.org.

South Dakota farmers have done a lot in recent years in improving soil health, reducing erosion and raising more with less. They’re proud of their farms and want to be great keepers of those precious natural resources.

It’s clear that sustainability is a priority for South Dakota farmers. Their livelihood depends on it. Soil is their No. 1 tool and they want it as healthy and productive as possible. They want their farms and soil to be in even better condition for the next generation.

Voting should be first on our to-do lists

It’s that time of year when we get to make our voices known. Nov. 3 is election day, as every American should know based on the bombardment of TV ads, the ...

Legislation introduced by Sen. John Thune and co-sponsored by Sen. Mike Rounds could provide a boost to the ethanol industry and South Dakota farmers.