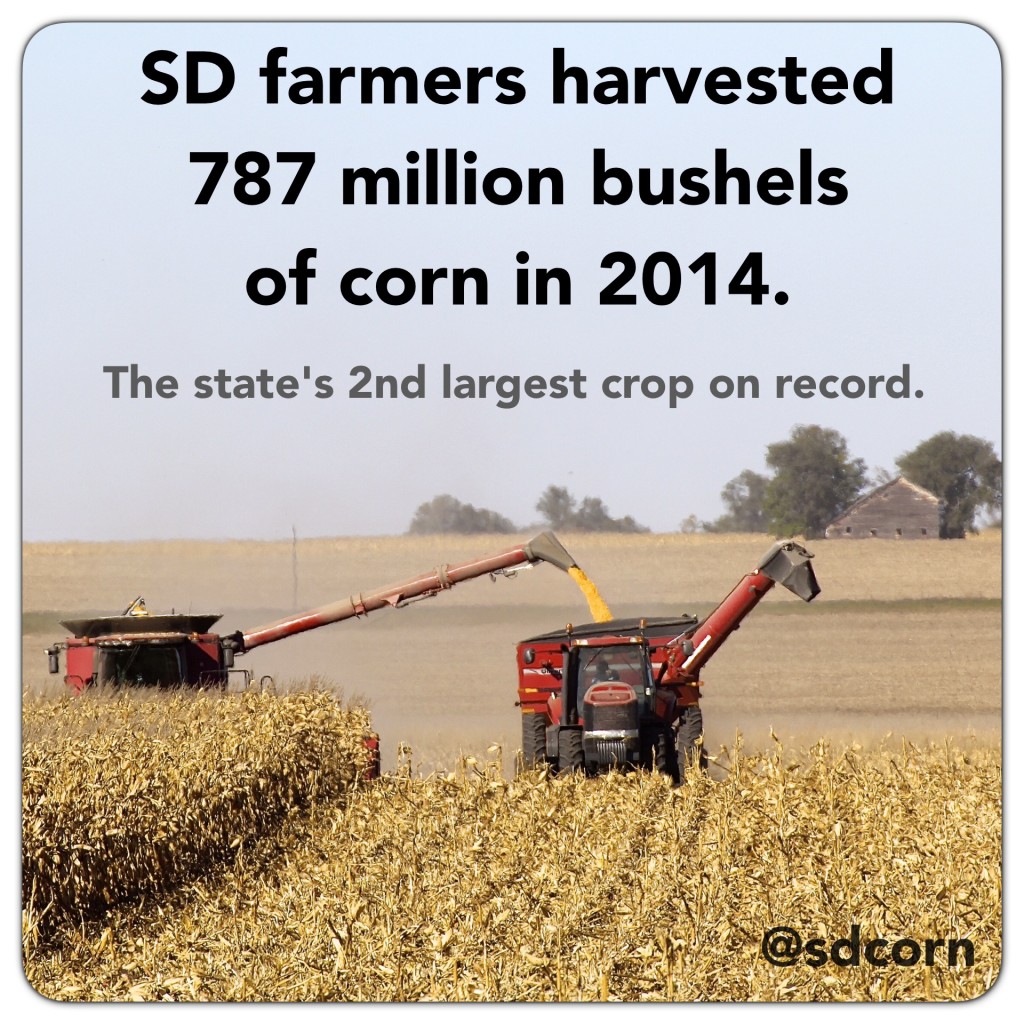 The second place finish for the 2014 crop during what most considered to be an excellent growing season is mostly due a large reduction in corn acres and a large increase in corn acres chopped for silage.

Here are the stats for corn grown in South Dakota during 2014:

“The good Lord, fair weather and advances in equipment and seed technology allowed South Dakota farmers to grow a near-record breaking corn crop in 2014,” said South Dakota Corn Utilization Council president Mark Gross, a farmer from Bridgewater. “Our farmers have done an outstanding job of adapting to and investing in the latest technologies that allow their families to grow large, high-quality crops year after year while creating healthier soils on their farms through reduced tillage practices, the planting of cover crops and improved water management.”

Thanks to South Dakota farmers on another job well done!

Right after lunch at this year’s SDCGA annual meeting on Saturday, January 17th at the Sioux Falls Convention Center, a trio of top-notch policy experts ...