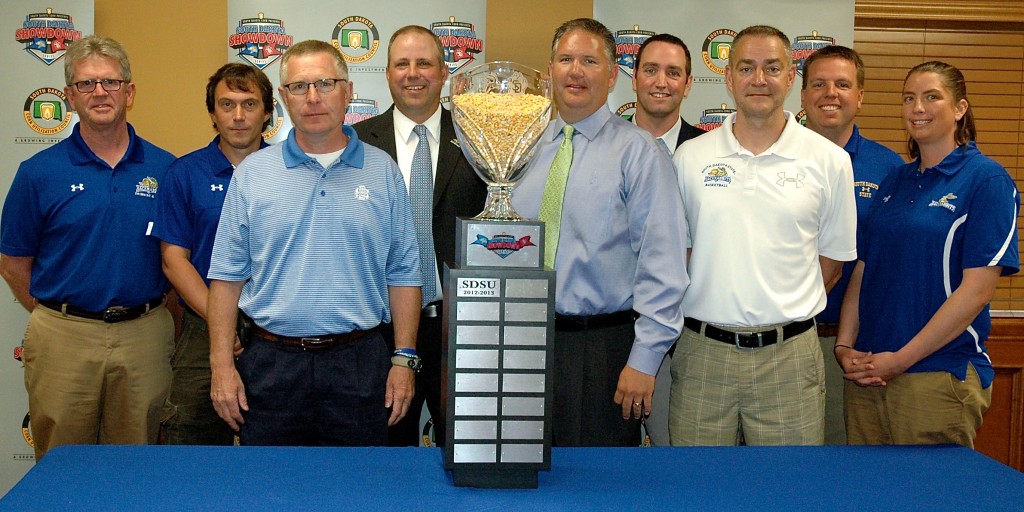 The South Dakota Showdown Series marks the renewed rivalry between the two schools, tracking head-to-head match-ups in 17 sports along with student-athlete academics.

The South Dakota Corn Utilization Council takes much pride in being the title sponsor of this historic rivalry followed by so many South Dakotans dating back to the first ever meeting between the two schools on the football field in 1889.

“We are pleased to be a part of the inaugural Showdown Series and look forward to the Jackrabbits and Coyotes’ barn burners next year,” said South Dakota Corn Council President Brian Smith. “The Showdown Series has provided a unique opportunity for us to team up with the largest universities in South Dakota to tell agriculture’s story.”

Another element of the Showdown Series is to raise awareness, funds and donations for Feeding South Dakota, a statewide not-for-profit with the goal of eliminating hunger in South Dakota. This year, nearly 2,000 meals were provided from monetary donations made by fans that attended head-to-head matchups.

Disappointingly, the United States House of Representatives failed to pass their version of the farm bill yesterday with a vote of 195-234. ...