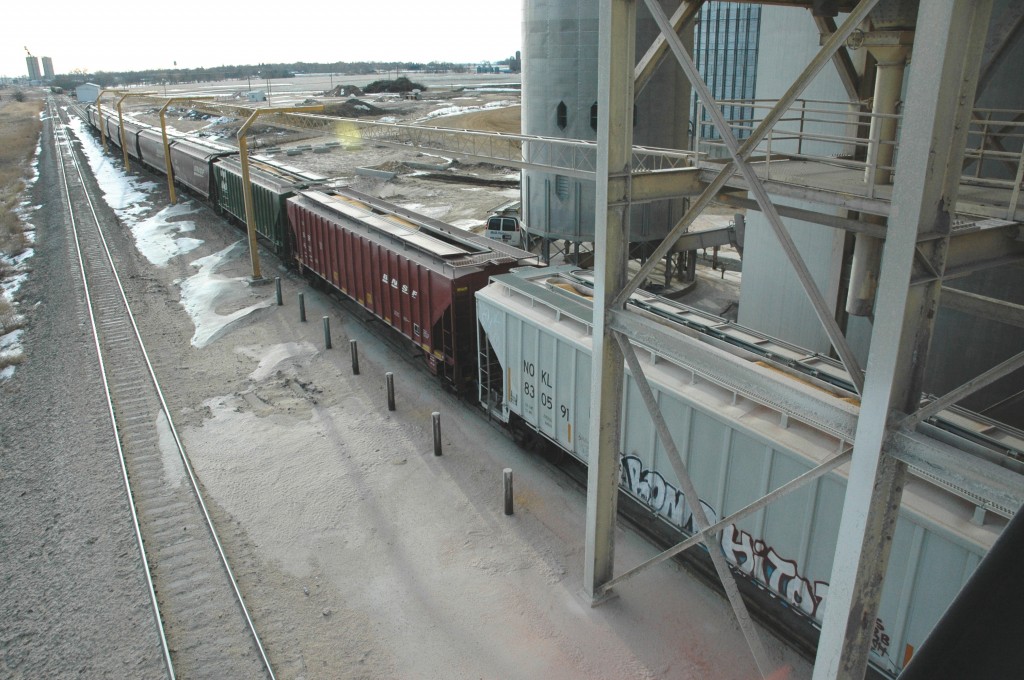 The following is a press release from Senator Thune’s office about a bipartisan plan to introduce legislation that will strengthen the Surface Transportation Board following months of railroad service delays and backlogs that have hurt farmers, ethanol plants and other agribusinesses in South Dakota.

“It is far past time that America had a competitive and efficient rail transportation network. Industries, businesses, consumers, and rail passengers around the country rely on our freight rail system, and when the system or its economic regulatory framework breaks down, so does our economy,” said Rockefeller. “This is why Ranking Member Thune and I are introducing the Surface Transportation Board Reauthorization Act of 2014. It is essential that we act to meet the growing transportation needs of our country.”

“While the Surface Transportation Board has made good faith efforts to address concerns of freight shippers and railroads, the current inefficiencies in the STB’s operations are symptomatic of the need for common-sense reform,” said Thune. “The modest bill that Chairman Rockefeller and I are introducing addresses many of the key inefficiencies and time delays I hear about from shippers by reforming the case review process. With additional reforms, the STB can better assist shippers and railroads alike, helping to ensure rail service problems are addressed in a balanced and timely manner.”

The bill, which will be introduced next week, would:

Rockefeller and Thune will chair a hearing in the Commerce Committee titled, “Freight Rail Service: Improving the Performance of America’s Rail System,” on Wednesday, September 10, 2014, at 2:30 p.m. The hearing will examine rail service backlogs throughout the country, including congestion and locomotive and railcar shortages. Stakeholders will discuss the impacts of these issues on various industries and the economy.

America’s farmers continue to overproduce. It’s what they do best, especially if Mother Nature decides to play along during the growing season. Year after ...

Good news for the RFS?

It has been nearly one year since the United States Environmental Protection Agency released its proposed 2014 numbers lowering the Renewable Fuel ...