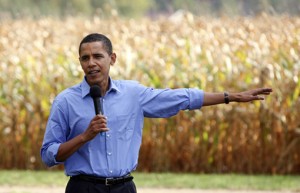 The message was loud and clear in President Barack Obama’s State of the Union address Tuesday night, as he pushed for further investment in biofuels and looked to cut billions of dollars in subsidies given to oil companies.

“I don’t know if you’ve noticed, but they’re doing just fine on their own. So instead of subsidizing yesterday’s energy, let’s invest in tomorrow’s,” said Obama. “With more research and incentives, we can break our dependence on foreign oil with biofuels.”

The statement was welcomed by both the agriculture and biofuel communities as it is exactly what the two industries have been saying for years. Corn ethanol and other biofuels have not only been lessening America’s dependence on foreign oil during the past decade, but have produced green jobs and spurred rural economic development.

“We were encouraged that President Obama spoke about the needs of rural America and the importance of our country’s global leadership when it comes to agriculture,” says National Corn Growers Association Chairman and Hurley, SD farmer Darrin Ihnen. “The success of all biofuels hinges on the success of ethanol from corn – on the growth of an ethanol industry that is leading the way, sustainably increasing in economic, environmental and energy efficiency.”

“Our growers have been working hard and smart to meet all needs for food, feed and fuel, and we have long recognized the need for policies and programs to grow opportunities for American farmers,” added Ihnen.

Jim Woster of Sioux Falls, who has spent most of his life among livestock and farmers, is this year’s MVP in Agriculture, a recognition presented by ...