The Renewable Fuel Standard is working 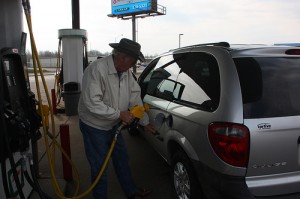 How can America reduce its dependence on foreign oil, increase its energy security and create hundreds of thousands of green jobs? The answer is the Renewable Fuel Standard which has accomplished all of those feats in the matter of five short years.

In 2010, using just 3% of the worlds grain, the United States produced more than 13 billion gallons of ethanol which displaced the need for 445 million barrels of imported oil. More than the total imported amount from Saudi Arabia.

To produce that home grown energy, the industry needs skilled workers and lots of them. There is an estimated 400,000 direct and indirect employees in the ethanol business, good-paying jobs in rural America that will never be exported. Estimates from the Renewable Fuels Association show that 70,000 industry jobs were added in 2010.

The RFS is putting educated Americans to work, producing clean, domestic energy and weaning a country off of a dangerous addiction to dirty, foreign oil. The Renewable Fuel Standard is not just working in the United States, it’s thriving.

Opinions vary greatly on the chemical atrazine, a herbicide used by thousands of farmers to control noxious weeds that steal moisture and nutrients from ...

Wetland Consultants With the demand for farmland drainage increasing in South Dakota, a back log of wetland determination applications have been piling up ...