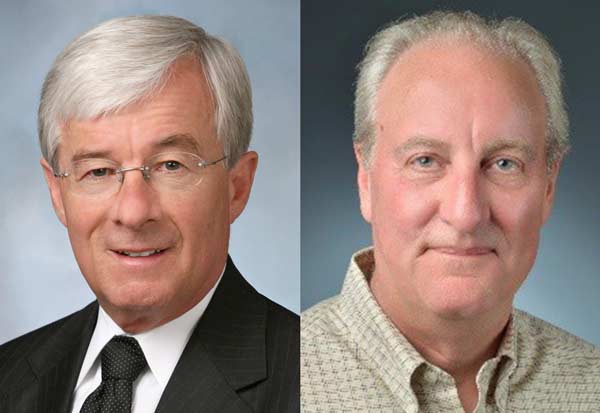 It would be hard to find a panel anywhere that’s more well-versed on the issues of trade, transportation and policies than the three specialists who will provide their insight beginning at 2:30 p.m. Saturday.

Sharing their expertise will be Floyd Gaibler of the U.S. Grains Council, Greg Guthrie of BNSF Railway and Jason Hofer of The Gavilon Group.

As director of trade policy for the Grains Council, Gaibler hasn’t had many dull moments this year. NAFTA negotiations, the U.S.-China trade war and an onslaught of tariffs have kept things interesting, to say the least.

Guthrie said corn exports in recent months have reached record levels, keeping the railroad busy. That’s in contrast to soybean exports, which dropped drastically because of the U.S.-China trade war. Large amounts of soybeans are typically transported by rail to the Pacific Northwest in October and November, but the loss of the Chinese market changed that.

BNSF has made $6 billion in improvements nationally since 2013-14 and invested $200 million in South Dakota, he said. That included $33 million this past year, focused mainly on expansion of the northern corridor. The focus the past couple of years has been on expanding rail infrastructure to get through Spokane, Wash.

In the long term, grain drives much of BNSF’s investment, Guthrie said. Nationwide, more than 200 shuttle elevators have been built along the system since 1998-99. He said the railway receives good support from South Dakota and North Dakota.

Guthrie said one of the biggest challenges is the growing competition around the world, which impacts BNSF as well as farmers in South Dakota. “How do we look into the future and decide where we need to make the next round of investment?”

Hofer is vice president of export merchandising and corn product line manager for The Gavilon Group, LLC, a leading commodity management firm. In this role, Hofer is responsible for coordinating activities between the origination of grain from farmers and delivery to global destination markets. He coordinates global trade decisions around corn.

He joined Gavilon after 11 years at other global grain companies in roles that include senior manager of feed grains product line, export trade manager, product line manager and senior trader.

Hofer currently acts as a member of the trade rules committee for the National Grain & Feed Association and is on the board of directors for the North American Export Grain Association.

The 33rd annual meeting of the South Dakota Corn Growers Association will feature a variety of educational presentations during the day, capped by an ...

One of the most popular presentations at our annual meetings is on grain marketing. This year, two top-notch specialists will share their insight as we ...