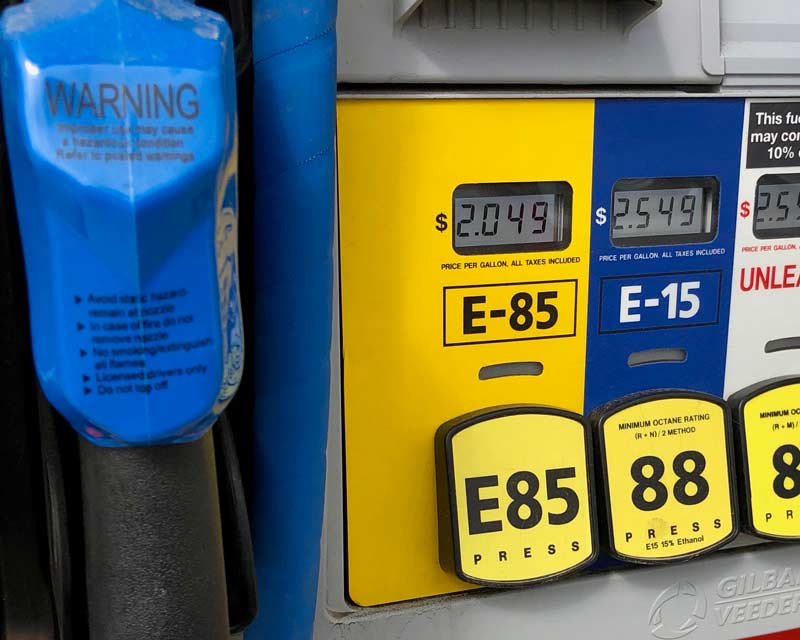 Motorists will be able to fill their vehicles with E15 this summer if an EPA proposal gains final approval in time. A year-round offering of the 15 percent ethanol blend would benefit farmers and consumers, but farmers need to make their voices heard in order to make this a reality. The Environmental Protection Agency is accepting comments through April 29.

The South Dakota Corn Growers Association is issuing a call of action, urging association members, ethanol supporters and farmers throughout the state to tell the EPA to act now so retailers can sell E15 year-round beginning June 1.

It takes less than a minute to submit a comment. The form also has space for individuals to type in additional comments, if they choose. The proposal faces opposition, so a strong show of support is needed.

“Our association has been working for years to change the policy to allow year-round sales of E15,” Noem said. “Now we’ve got a good opportunity to do that, but we need to keep pushing so it becomes a reality beginning this summer. Please join us in sending a strong, united message to the EPA.”

A current regulation prohibits E15 sales between June 1 and Sept. 15, except for use in flex-fuel vehicles. Farmers would benefit from increased sales of higher blends of ethanol while consumers would benefit from lower fuel prices and lower emissions. Retailers have shown they want to offer this fuel if the outdated government regulation is removed.

South Dakota’s 16 ethanol plants produce more than 1 billion gallons of ethanol annually. Through a Prime the Pump program organized by ethanol industry leaders, including South Dakota Corn, the number of stations selling E15 has grown nationally to 1,700 in 30 states. The program has secured commitments that will increase the number of retail locations to 2,800 by 2021, generating an expected 350 million new gallons of ethanol annually. Year-round sales would boost that amount considerably. The ban on summer sales has been a major roadblock in preventing even more gas stations from offering E15.

Ethanol has been a top priority for South Dakota Corn since it funded feasibility studies, set up infrastructure for the state’s first ethanol plants and worked to ensure the state’s corn farmers could invest in those plants.

All ethanol industry organizations have worked doubly hard on the E15 issue since President Trump initially announced his support for a rule change. Trump officially directed the EPA to begin its rule-changing process last October.

Brian Jennings, CEO of the American Coalition for Ethanol, said that group was pleased but cautioned that time is of the essence.

“We will urge stakeholders to provide public comment to EPA, so a legally-defensible rule can be in place by June 1,” Jennings said. “Without a final rule in place by June 1, this year would mark the eighth time, since EPA originally approved a waiver for E15, that fuel marketers in many parts of the country have had to prohibit their customers from purchasing a lower-cost, higher-quality fuel option at the pump during the busy summer driving months.”

Jennings noted that E15 has lower evaporative emissions than E10 and straight gasoline, and it is approved for use in models of vehicles 2001 and newer—90 percent of the cars on the road today. Year-round E15 would open a much-needed market for surplus corn.

The National Corn Growers Association also is pushing hard for the EPA to complete its rulemaking by June 1. NCGA First Vice President Kevin Ross, an Iowa farmer, provided official comments during a hearing on the issue and also spoke about the negative impacts of Renewable Fuel Standard waivers that EPA has issued to refiners.

Retailers also have been on board with the proposed rule change and spoke in support of E15 during a recent Emerging Issues Forum in Nebraska.

Consumers have driven more than 8 billion miles on E15. Growth Energy, a biofuels trade association, says that milestone is a result of the growing popularity of the fuel made possible by rapid retail adoption and more terminal availability.

“Supply of E15 into the fuel marketplace is a crucial step in further expansion, and our success with Prime the Pump has led to a steep growth in terminals offering E15 across the country,” Growth Energy Vice President of Market Development Mike O’Brien said. “Our work with the nation’s leading independent retailers has put pressure on terminals to follow suit, causing a domino effect in their offering of E15 at their locations across most of the country.”

Nationally, 5.5 billion bushels of corn is used for production of ethanol and co-products such as distillers dried grains. The ethanol industry contributes $46 billion to the nation’s Growth Domestic Product. Year-round E15 would increase the economic impact and open the door to more opportunities.

The time has come.

As news spread about devastating flooding in Nebraska that washed out a dam, destroyed homes and turned many fields into lakes, caring people in other ...

By Steve Johnson, Iowa State University The 2018 Farm Bill that was signed into law last December continues the farm programs that were created in the ...