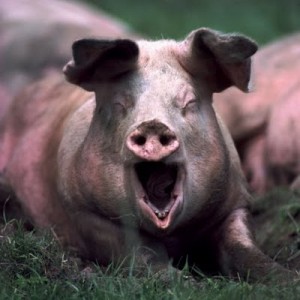 National livestock organizations continue to attack American ethanol and the renewable fuel policies which have been put in place to encourage domestic energy production and provide American’s with a supply of clean-burning fuel. Attack after attack by sending letters to media and law makers about how ethanol is hurting their industry by causing a rise in input and retail costs. Well it’s time to share the other side of the story with facts instead of greed-driven fiction.

For far too long, these industries made billions in profits off of family farmers who raised their feed at a net loss which not only bankrupt thousands of producers, but cost the federal government plenty as well. Since ethanol production has increased, government support for farmers has declined.

The most recent attacks on ethanol have been targeted at the Renewable Fuels Standard, a policy put in place to ensure domestic energy security and save consumers money.

In regards to the ethanol policy’s effect on the cattle industry, a recent study out of Texas A&M revealed that the RFS has indeed not hurt producers as industry profits have risen since implementation.

A recent article from Agriculture.com said, “DDG swine rations appear to be a success story within both the hog industry and the ethanol industry…they can save a little money with DDGs, sometimes they can save a lot.”

If you want to talk corn prices, according to the Farm and Policy Research Institute, ethanol’s market impact on corn prices totals $.53/bushel. And that will continue to fall as FAPRI lists the expiring ethanol tax credit, VEETC as being responsible for $.02/bushel of the total. Ethanol’s effect only goes so far as growing exports and appetites around the world also play into the rising corn prices, which have actually tailed off considerably since this summer.

In regard to retail meat prices, it’s funny how the groups fail to mention corn’s actual cost share of the meat you buy.

Our country continues to progress in terms of growing commodities and producing renewable energy as farmers continue to meet the demands for food and fuel. Limiting or diminishing that progress only sets our country back to having broke farmers and record foreign oil demands at the expense of many and the benefit of few. Its’ time for agriculture to work together as a whole with industries building off of each other in order to feed the world’s seven billion people and beyond.

In a release this week from South Dakota’s USDA-NASS office, a new commodity has taken the top spot when it comes to economic activity, corn. In 2010, ...